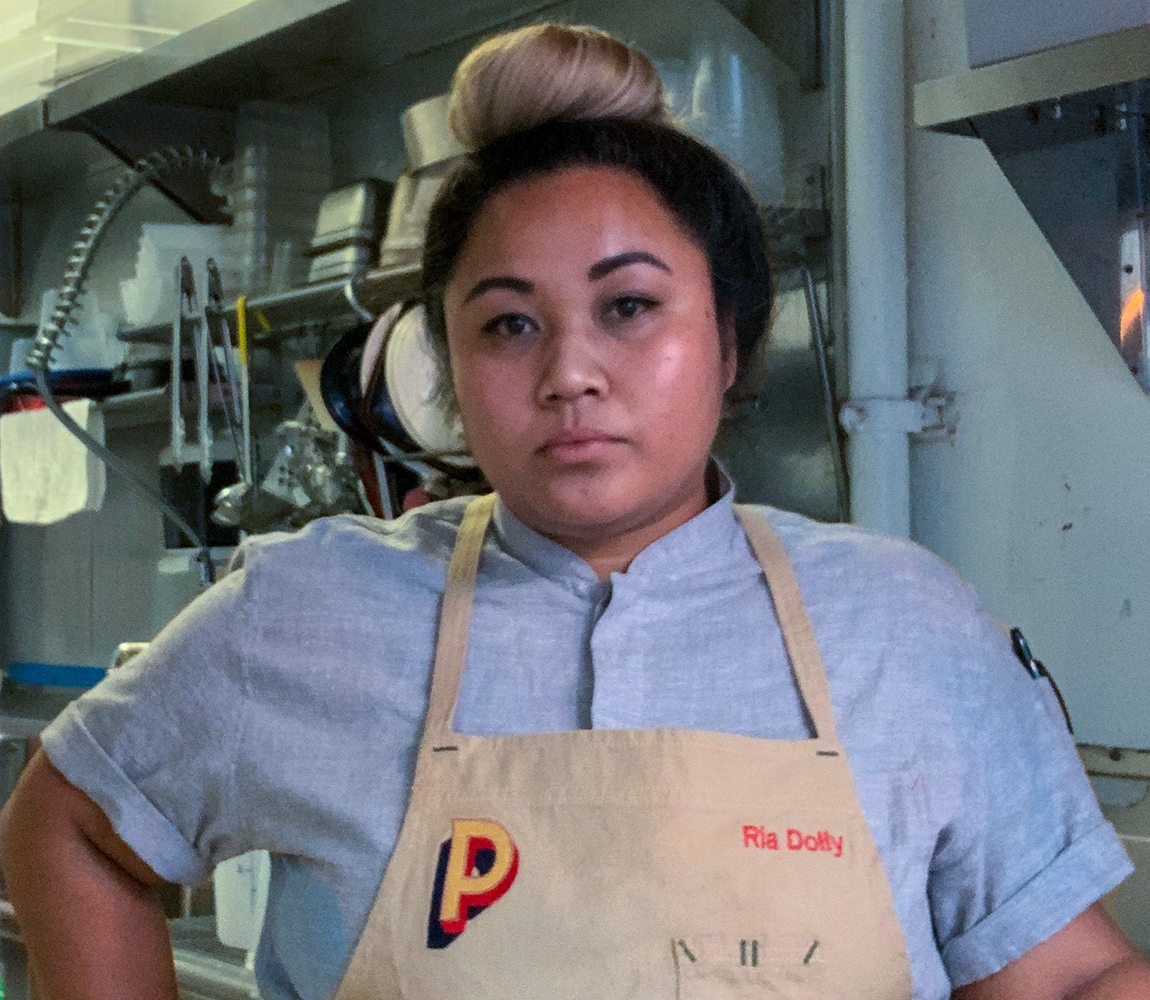 Chef Ria Dolly Barbosa has combined her traditional French culinary education with the Filipino flavors of her heritage. Beginning her training in time-honored French kitchens where hard work and initiative are expected, Ria is a product of The Mansion LV, Lutece LV,  Michael Mina LV and Daniel Boulud Brasserie LV where she was on the opening team.

Ria’s first major culinary accomplishment was the opening of Sqirl as it’s first Chef. With her team, they propelled the unconventional spot to notoriety. After Sqirl, Ria went on to launch the year long residency WILD at Canelé. At WILD, Ria continued her playful and experimental style, incorporating fresh, local produce, and infusing the expansive range of the Filipino flavors she grew up eating. The year-long residency at Canelé was a success with food critics and diners alike. She then rejoined former Sqirl colleagues Kyle Glanville and Charles Babinski to open the Los Feliz branch of Go Get Em Tiger. After her time at GGET, she joined Sydney based Paramount Coffee Project to oversee the opening of their expanded offering at The Row in Downtown Los Angeles. Ria is currently overseeing Downtown L.A. restaurant Petite Peso.