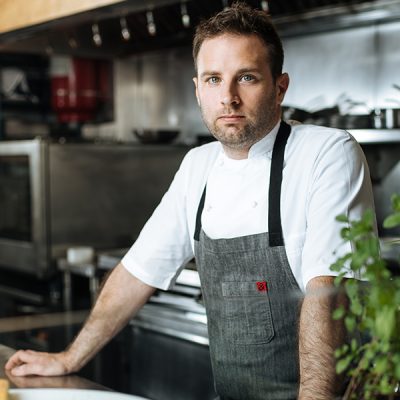 Nathan Lemley traces his passion for making food back to his nightly family dinners as a child growing up in Katy, Texas. Long before attending culinary school at The Art Institute of Houston, Nathan spent time watching his grandmother, who owned a bakery in Yoakum, Texas make cakes and pies. After culinary school, Nathan continued to climb the ranks in several of the best restaurants in Houston, including Tony’s, Voice, and Stella Sola. Later moving to work at the newly opened Foreign & Domestic and then Parkside in Austin, Texas.

Recently Nathan and partner Sarah Heard purchased Foreign & Domestic, Austin in September of 2017 from founder Ned Elliott. Together they are working to produce interesting and satisfying food in the North Loop neighborhood restaurant.