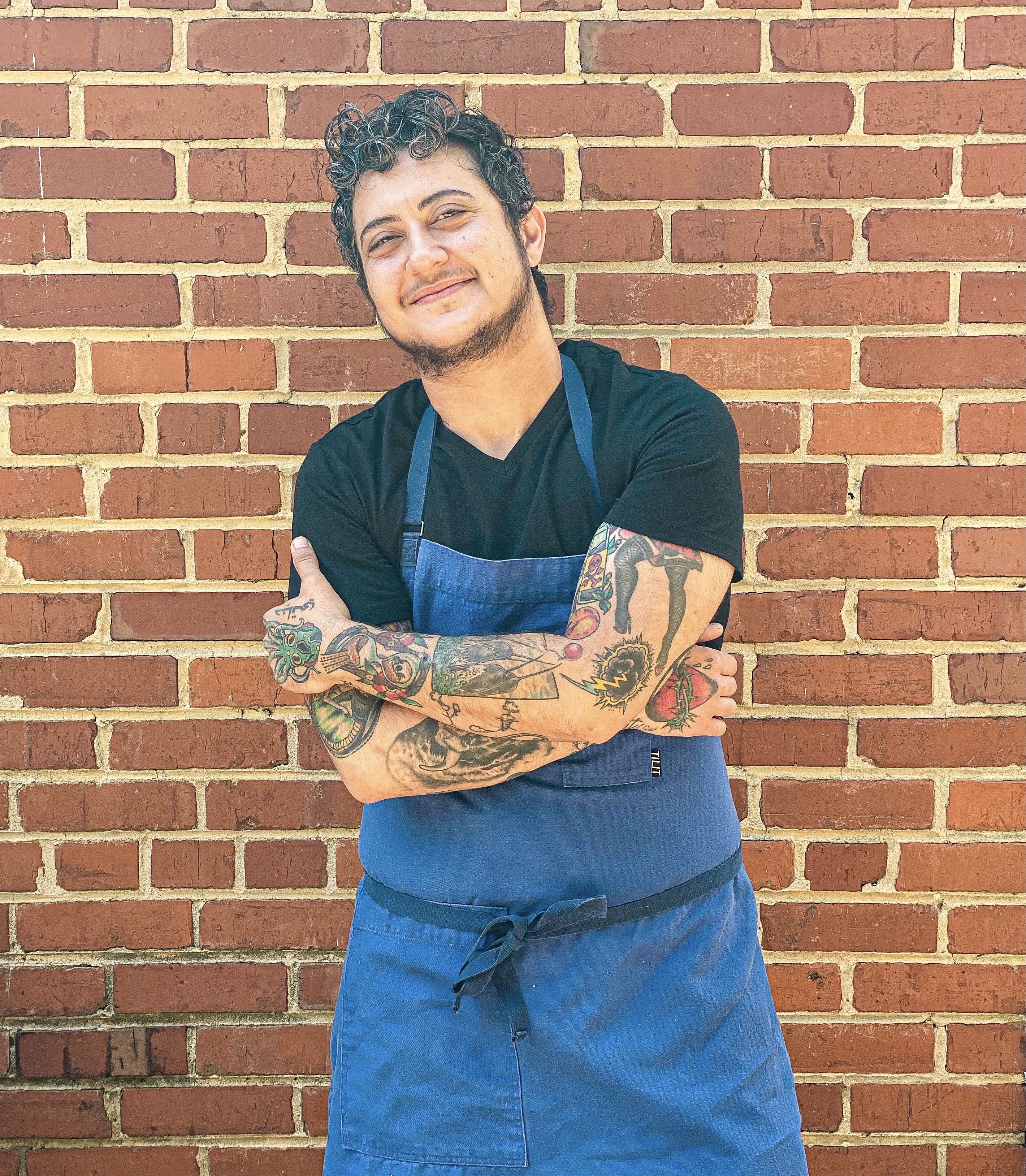 Marcelle Afram (they/he) draws on their West Asian roots to celebrate the cuisine of their ancestors. As the forerunner of the team behind Shababi Palestinain Rotisserie Chicken, Marcelle draws on these roots to pay homage to Palestinain Cuisine. Afram grew up in the restaurant industry, working various positions at the mom & pop style restaurants their family owned and operated in the D.C. area. They took a hands-on approach to their culinary education whenever possible, with a dutiful respect to locality and a fascination with history. Afram spent time working on fishing boats in Puerto Rico, a grass-fed beef cooperative in Wisconsin, as well as multiple stages in Michelin-starred restaurants in Spain. Years later, Afram took the helm as Executive Chef at BlueJacket Brewery, where they focused on sustainable sourcing through local farms and producers and chairing multiple farm dinners. Recently, Afram led the team at Michelin-starred Maydan. At the onset of the pandemic, Afram partnered with multiple local charities to feed thousands of people in need in the D.C. area. Following the devastating blast in Beirut, Afram co-founded the Beitna initiative that helped raise direct relief funds for the people of Beirut. Following their stint with Maydan, Afram conceptualized and launched Shababi, a passion project stemming back to their roots. The menu pays homage to the Levant, manifested through memories of meals growing up surrounded by family and flavors of home, brought to life through the many hands that fed the family. Shababi Palestinian Rotisserie Chicken is Afram’s playful take on not just the flavors, but the feeling of being surrounded by family, sharing a meal and a moment in time. Afram has been acknowledged for their culinary contributions and leadership, with a nomination for a 2020 RAMMY Rising Culinary Star, multiple mentions in the Washington Post, Wall Street Journal, Eater, Men’s Health Magazine, Zagat, and other publications.