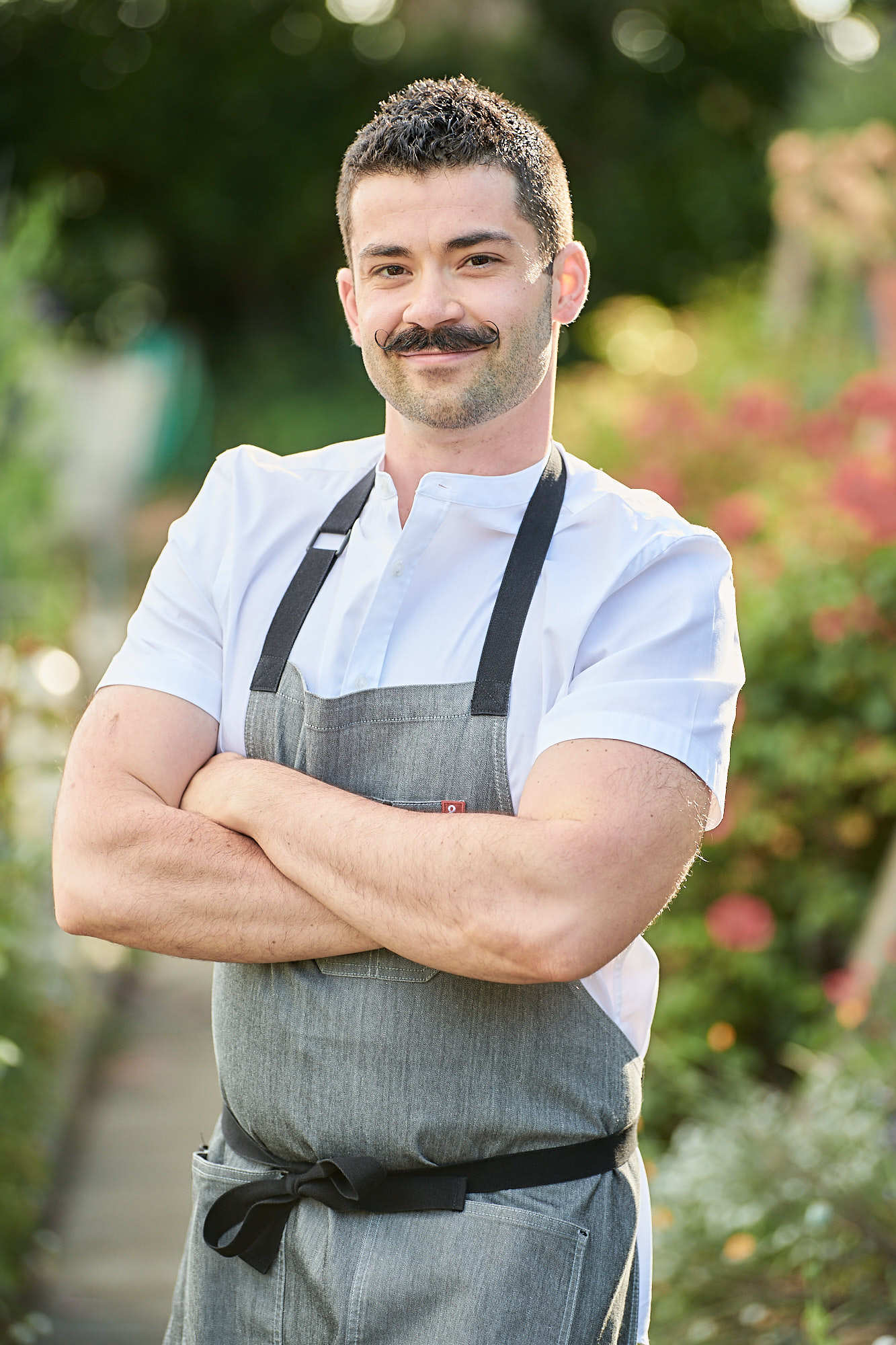 Joe Sasto dove head-first into the restaurant industry by mentoring under some of the Bay Area’s most acclaimed chefs and restaurateurs. Early in his career, he found it difficult to get a foot in the door in the culinary industry after forgoing the traditional path of culinary school. Instead, he spent his undergraduate years at University of California at Davis, largely sustained by a driving passion for food and cooking. At a young age while in the kitchen by his mother’s side, Sasto knew he wanted to become a Chef. After graduating from University of California Davis, he took some time to travel through Europe. Sasto brought his newfound international inspiration to Quince in San Francisco, where he spent over three years at the three-Michelin starred restaurant. Under Chef Michael Tusk, Sasto was trusted to manage the handmade pasta program, learning the traditions and roots from one of America’s most celebrated Italian-influenced chefs. Later, as Executive Sous Chef at Lazy Bear in San Francisco, Sasto maintained his strong, cultivated relationships with local farmers, showcasing the produce they grow. At both Quince and Lazy Bear, Joe Sasto was an integral member of the team, impacting the rise from one to three-Michelin stars, and one to two-Michelin stars, respectively.

You may recognize Chef Joe from his win on The Food Network’s Chopped and have seen him on NBC’s Top Chef and Top Chef All-Stars. In 2017, Sasto began focusing on pursing his personal goal of opening his own restaurant, traveling the country hosting private events, fine-dining dinner parties, pasta classes, and pop-up feasts. When the global pandemic began in March 2020, Joe ceased travel and pivoted.

Chef Joe started virtually teaching both public and private livestream pasta lessons weekly, consulting with brands, curating content and developing recipes, all while garnering a strong social media following. He excelled due to his passion for food and his ability to personally connect with others through an approachable culinary lens. With the help of his small team, Sasto has gained over 201k followers across all social platforms within the past year.

In late 2020, Sasto decided that it was time to relocate back to San Francisco to continue working on his future projects. Recently, he launched his limited production and highly coveted focaccia popup Luna Focacceria, a high-end customizable pasta and pizza tool line with well-known knife maker and blacksmith Doghouse Forge, and is currently working on his first cookbook.