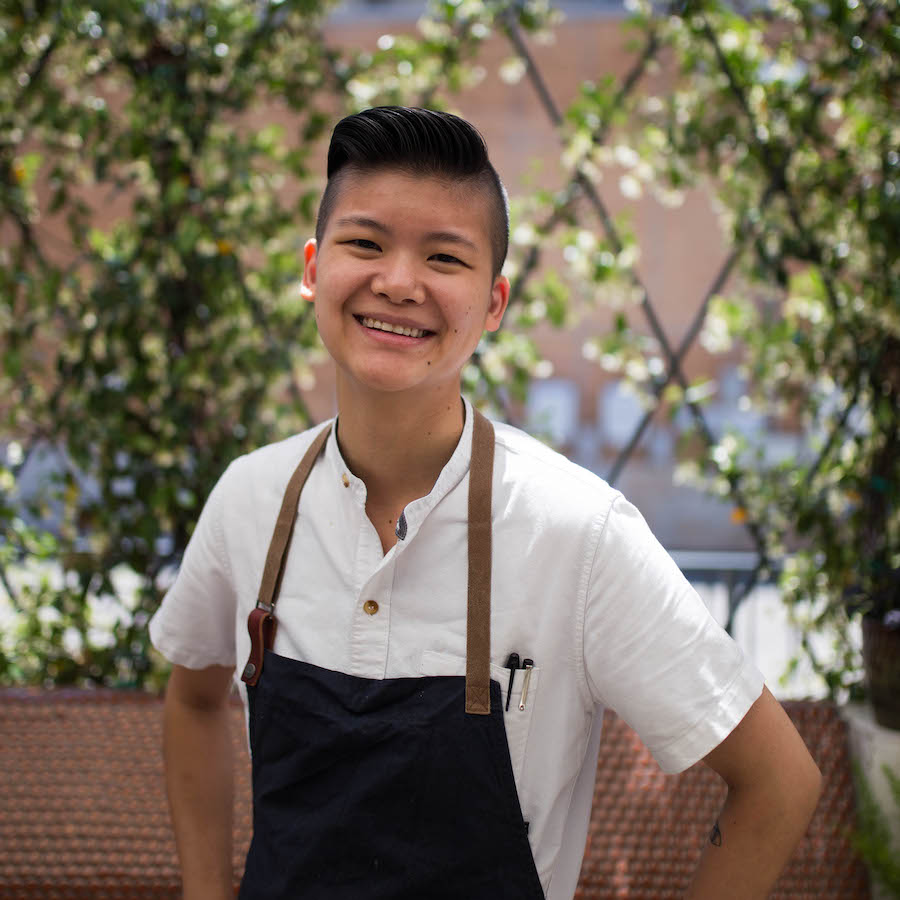 Jo Chan graduated from San Diego State University before attending the San Diego Culinary Institute. In 2012, she moved to New York City, where she began her career at Nobu Fifty-Seven. From there she went to work under Jonathan Waxman at Barbuto in the West Village. Her time at Barbuto brought her to the kitchen of fellow Barbuto alumni Justin Smillie, who collaborated with Stephen Starr to create Upland. Chef Jo then went to Scandinavia as the travelling Executive Chef for James Beard winner Marcus Samuelsson. She moved to Austin in 2018, where she became Executive Chef at Eberly. She has found a strong community in this city and hopes to deepen her roots here in the coming years. Her new project will combine her love of Italian food with Austin’s unique appetite for high-quality ingredients served in a casual setting. She lives with her beautiful fiancée, who is an English professor at Texas State University, and their two perfect dogs, Blue and Luna.