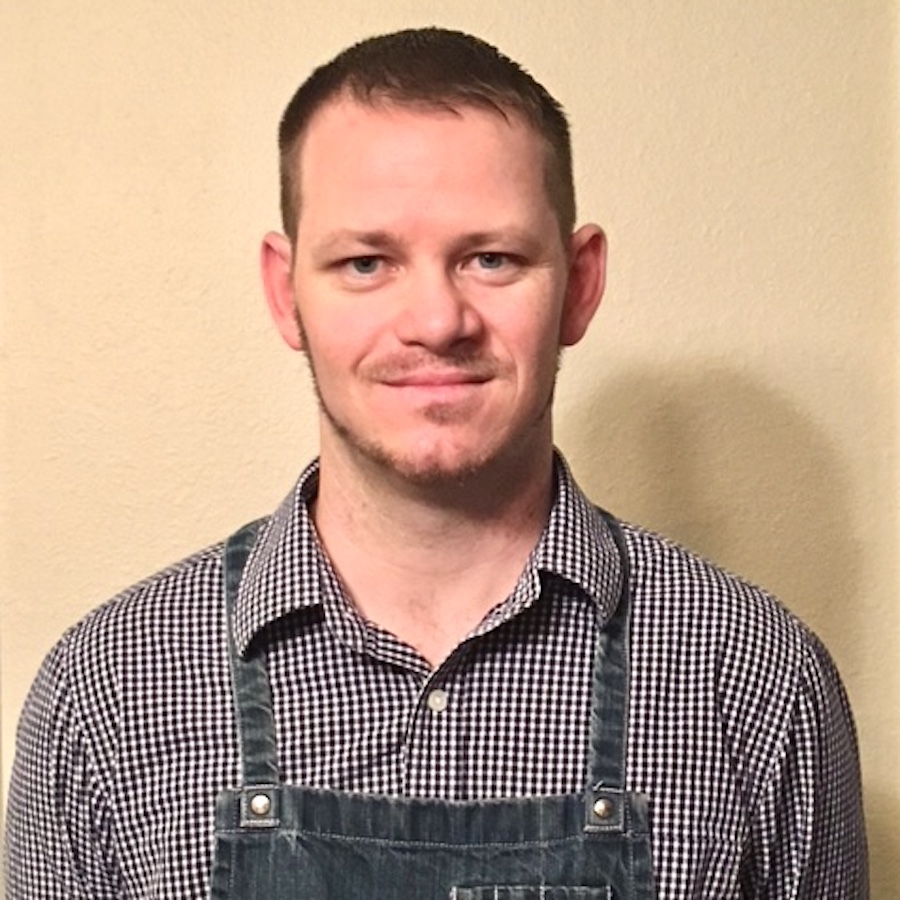 Chef Brandon Martin has over seventeen years of experience in the restaurant industry with the bulk of that time spent cooking for some of the best restaurants in Austin. He was a sous chef at Odd Duck for over two years before heading to Chicago to work for three weeks in ten of the best restaurants in the city as a stagiaire (unpaid apprenticeship). Brandon also apprenticed briefly in New York City at Eleven Madison Park and Momofuku Ko to gain experience and take an inside look at the operations of two restaurants that are regarded as some of the best in the world, the former having held the designation as the ‘best restaurant in the world’ several times. Other notable stops in his career include Barley Swine, Lenoir and Foreign & Domestic, all noted among the very best kitchens in Austin. Brandon was head Chef at The Gage Hotel in Marathon, TX early in his career, Executive Chef at The Goodnight and most recently Executive Chef of Tillie’s at Camp Lucy, a resort outside of Dripping Springs. He was the opening chef at Tillie’s, garnering acclaim from critics and diners alike, while gaining valuable experience in opening up a high level restaurant. It has been Brandon's dream for the last 9 years to open up his own business and more specifically a Tex-Mex food truck. Born in West Texas in Ft. Stockton and growing up in Alpine before moving to Austin, you will definitely get that West Texas feel in Texsueño, which was opened by he and his wife during the pandemic in Dec. 2020.