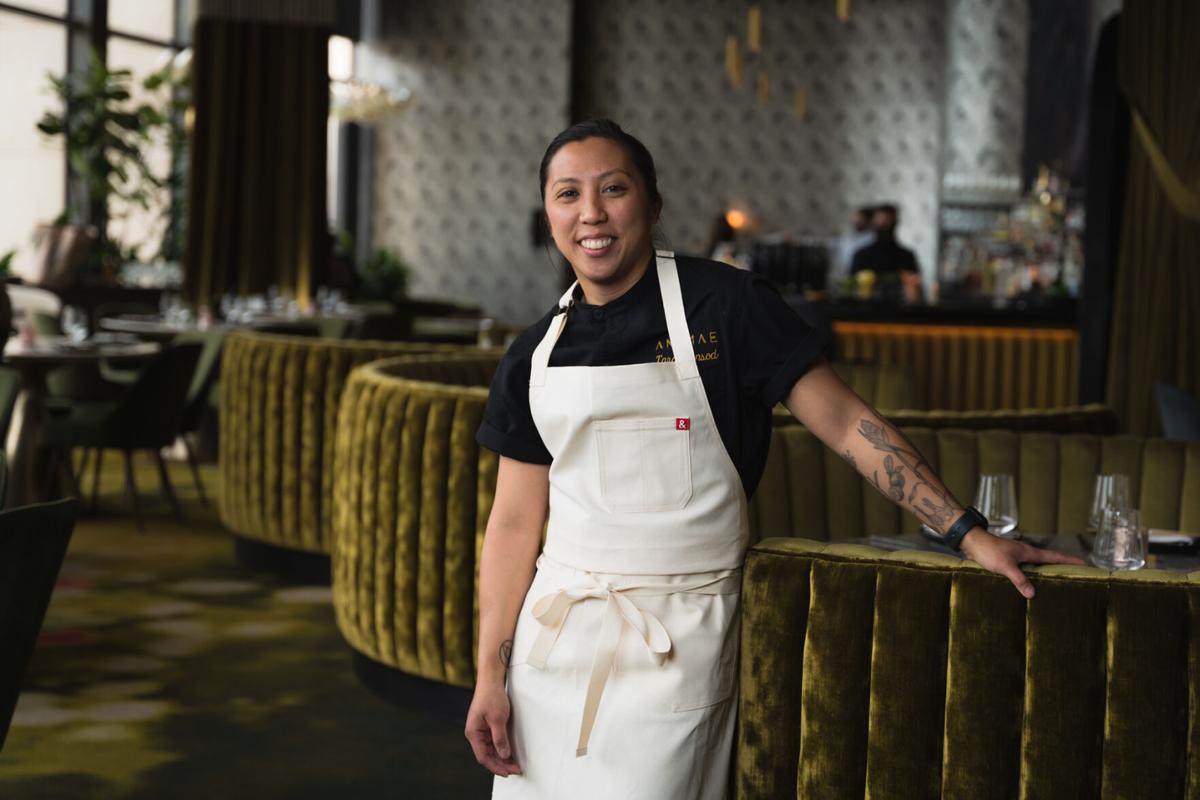 In her first executive chef role, Tara Monsod brings over a decade of kitchen experience, a lifetime of passion, and a culinary perspective shaped by her upbringing as a Filipino-American to Puffer Malarkey Collective’s ANIMAE. Cooking since she was tall enough to reach the counter in her parent’s kitchen, Tara never considered food as a viable career path, instead pursuing nursing. It was only a year into her education when she realized she wanted to be a chef. So off she went.

Her culinary journey started at Tender Greens and from there she moved to some of San Diego’s most prominent restaurants, including a stint on the opening kitchen team at Richard Blais’ Juniper & Ivy, where she learned the importance of utilizing all parts of an ingredient, whole animal butchery, and the subtle art of playing with food. Tara also held line cook positions at Brian Malarkey’s Herringbone and Burlap and Nancy Silverton’s Mozza. Joining the team as Executive Sous Chef at ANIMAE, Tara studied under James Beard Award Winner Nate Appleman. Under his encouragement, she continued to hone her fine-dining craft, while also experimenting with pushing forward the Filipino flavors she’s always known.

At the helm for the first time, Tara’s executive chef-style mirrors that of her mentor, Anthony Sinsay. Building a successful restaurant starts with a team that promotes positivity and inclusiveness. Working alongside Celebrated Chef Brian Malarkey, Tara’s interpretation of ANIMAE’s culinary origins give diners a chance to experiment with new dishes, like the Som Tam Salad, the Corn Scallion Karaage, and the Kare Kare Short Ribs with bagoong peanut oil. Mirroring Malarkey’s emphasis on hospitality and generosity, Tara can be seen walking the dining room on any given night, greeting guests, engaging and educating them on a particular spice or cooking technique. Sharing her cuisine motivates and moves her, and her hope is to become a culinary ambassador and mentor to the legions of Asian American and Pacific Islander cooks who are looking to break into the restaurant industry.

On her days off, Tara enjoys spending time with her wife, pot-bellied pig Biggie Smalls, and dog Mya.