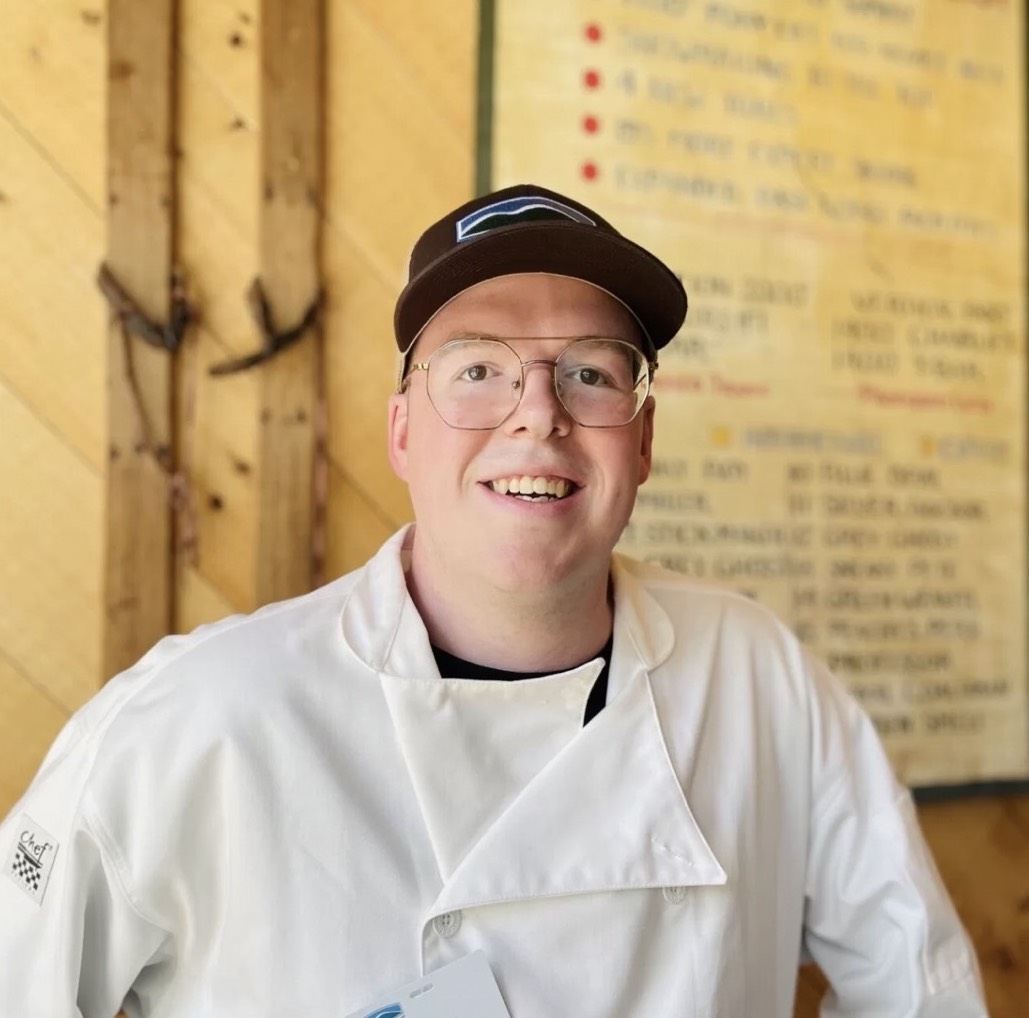 Born and raised in Maine, Shaun started working in the food industry at the age of 12 in his father's seafood shack in Standish, Maine. Shaun has traveled the U.S. in search of culinary inspiration, working as far south as New Orleans and west to Lake Tahoe. He studied Cajun cuisine at both mom-and-pop shops and fine dining staples. Shaun was the sous chef at several high-end Portland restaurants, including the acclaimed and awarded Fore Street. He then went on as the exctive chef of Saddleback moutian resorts. A ski moutian that had reopend after years of being closed. After helping desgin and restructer the kitchen program at saddleback. He moved back to portland to be the cdc at bao bao dumpling house a portland staple. He has always found that going directly to the source and fully immersing himself in the cuisine and culture is the best way to learn. This is reflected in his cooking style, blending locally sourced ingredients and regional cuisine styles. Shaun believes food is a reflection of the natural beauty found here in the great state of Maine and he hopes to make memories and tell stories through flavors.