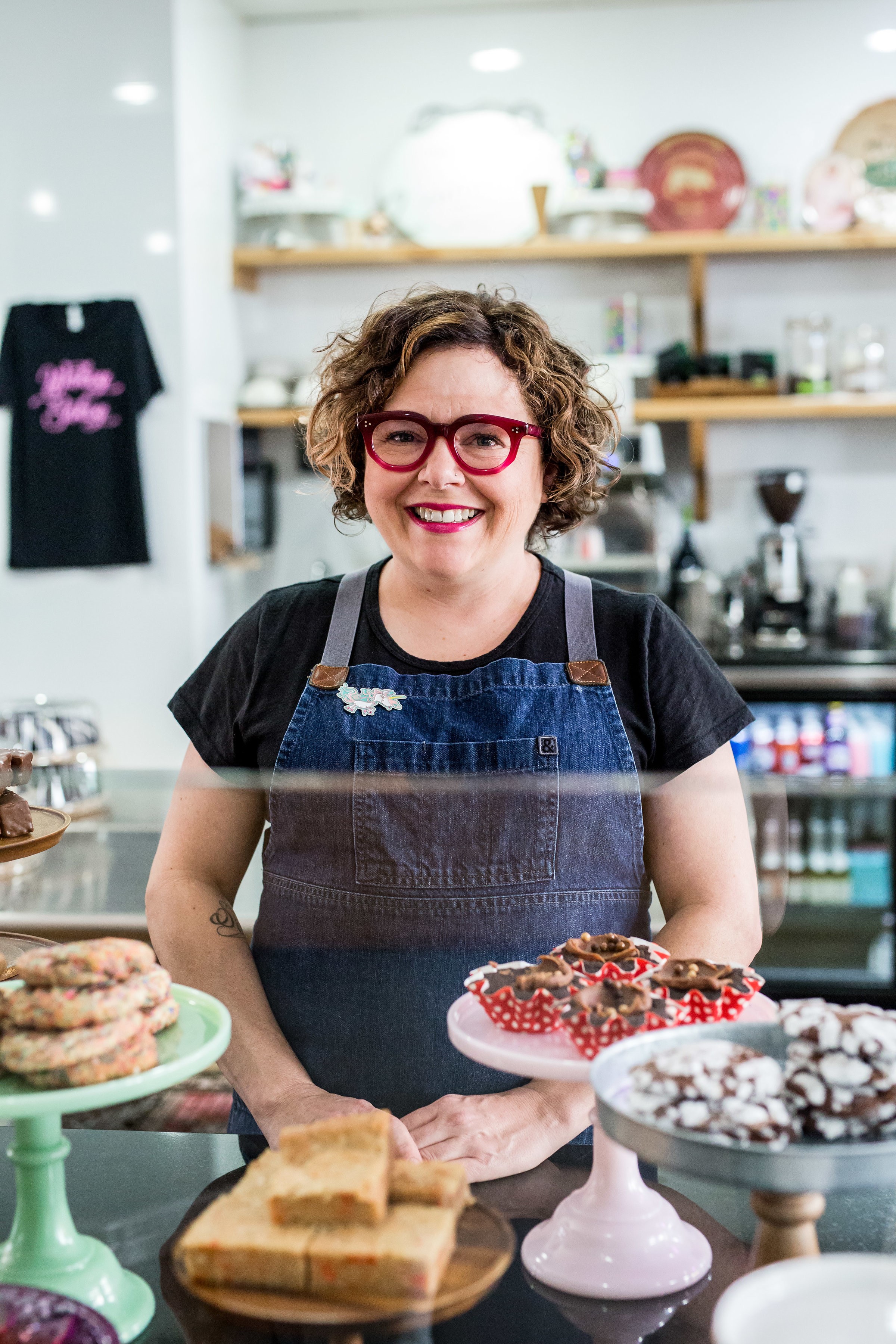 In 1999, Rebecca attended Le Cordon Bleu in Paris, France, earning a Diplôme de Pâtisserie and secured a coveted internship at Hotel le Bristol. Rebecca moved to New York where she worked in the renowned kitchens of db Bistro Moderne and Daniel, The Biltmore Room, The Red Cat & BLT Prime.  In 2006, she moved to Houston, TX to work with Chef Ryan Pera at 17 Restaurant at the Alden Hotel and Chris Shepherd at Catalan. Rebecca was a contestant on Bravo Network’s Top Chef Just Desserts, where she valiantly battled with her left arm in a cast. In 2015, Rebecca opened her brick and mortar and has continued to push the boundaries of the traditional bake shop.  Affectionately known in Houston as “The Sugar Fairy” Rebecca’s signature style creatively marries the tradition of French pastry with beloved homemade favorites reminiscent of childhood.