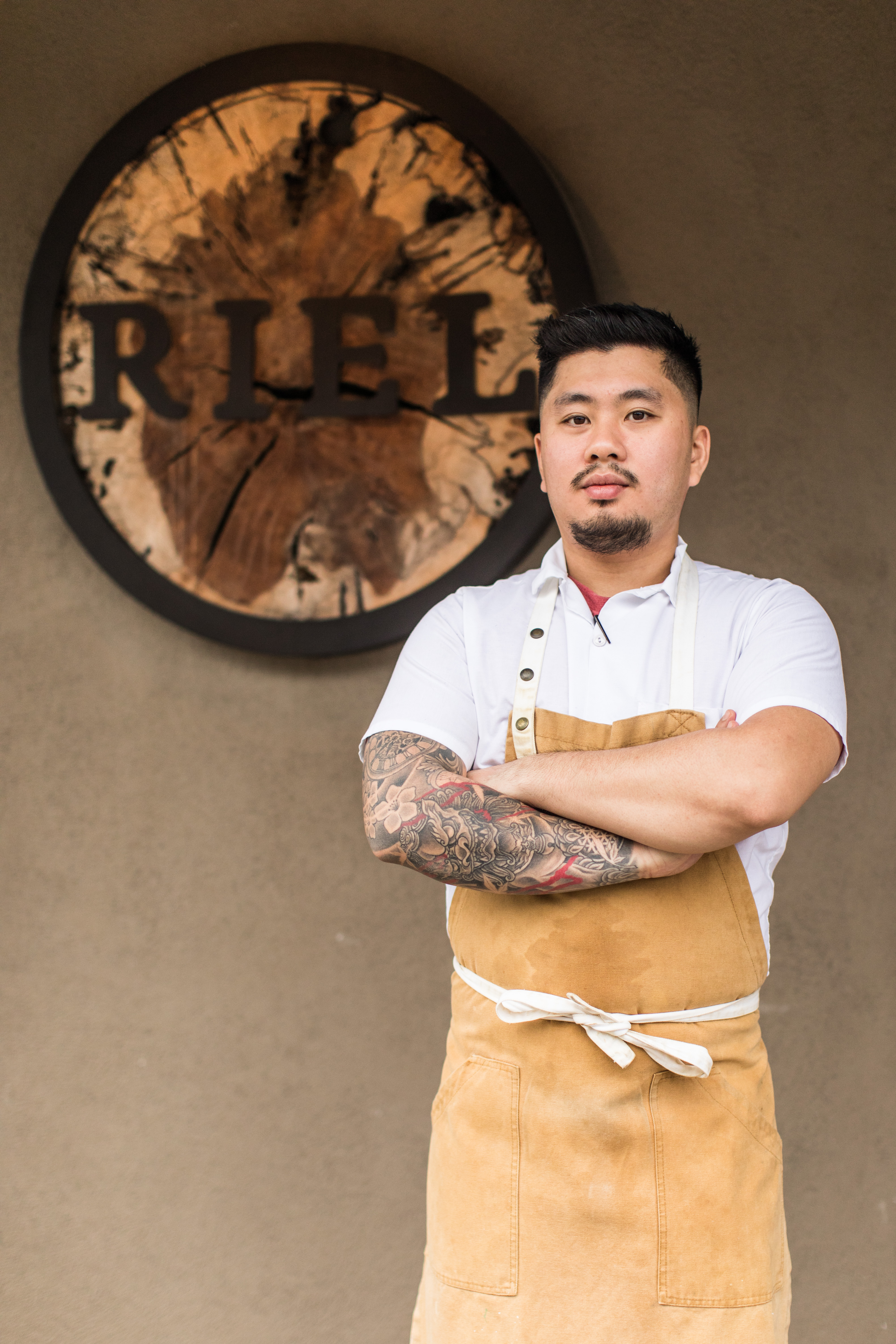 Born and raised in Dorchester, Nguyen went straight from high school to culinary school at Le Cordon Bleu in Cambridge, Mass. He spent more than a decade honing his skills in front and back-of-house positions in kitchens throughout the Boston area, including a stint as volunteer prep chef under chef Andreas Hovaras at Harvard University Banquet Hall in 2011.