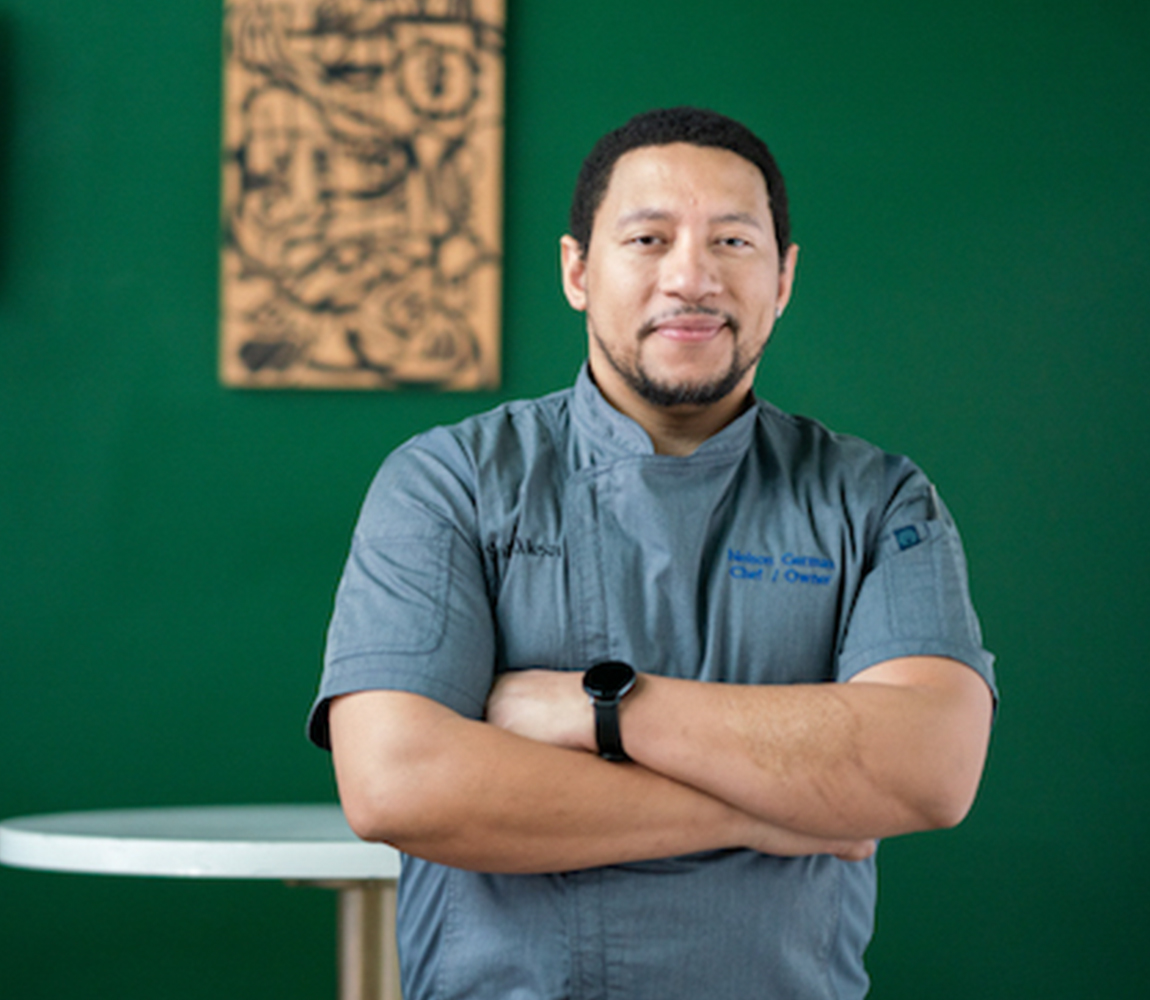 A Dominican American hailing from New York City, chef Nelson German is a contestant on Top Chef season 18 and the executive chef/owner of alaMar Kitchen & Bar and the Afro-Latin cocktail lounge Sobre Mesa, both located in Oakland, California. German received his culinary training at the New York Art Institute, where he learned the foundation of Mediterranean-style cooking incorporating French techniques. He worked his way up to executive chef at New York staples like Gramercy Park Hotel, Jerry’s Café, and Joseph’s Citarella. He believes in letting his food tell the stories of his journey, derived from childhood memories, inspirational travels, food escapades, and his own original ideas. After relocating to his fiancée's hometown of Oakland, German joined Supper Club SF and adopted a newfound appreciation for California cuisine. His unorthodox culinary style draws from his Dominican heritage, his African roots, and his embrace of Mediterranean cuisine and Asian influence, coupled with his love of local and sustainable California ingredients. German was named one of Plate magazine's 2020 Chefs to Watch and is a 2021 Pebble Beach Food & Wine participating chef.