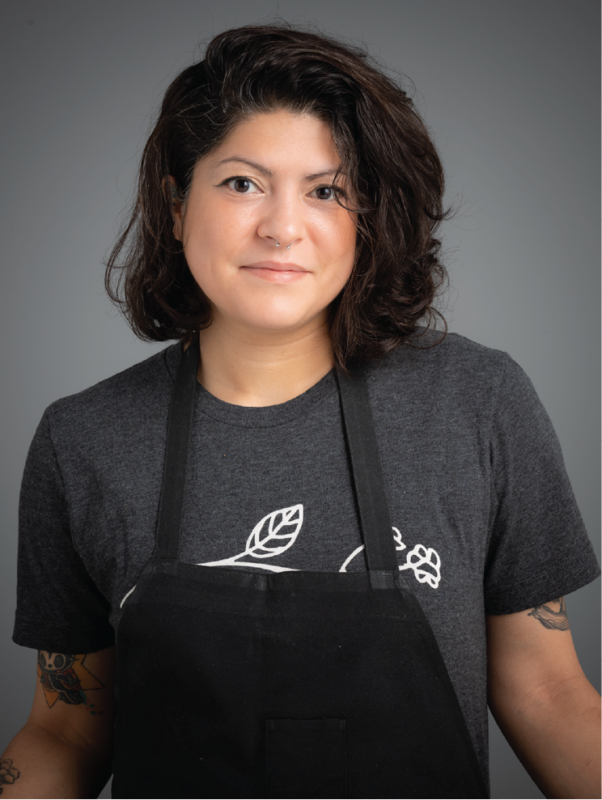 Misti Norris is a North Carolina native who was raised in Houston Texas. Growing up in a Cajun household, Misti found her love of cooking with her maw maw and started learning the importance of preservation and no waste. Spending years working in the best Dallas restaurants she found her own style and took charge of her first kitchen as an executive chef at Small Brewpub where in 2016 she was named a James Beard Award Rising Star Semifinalist. Currently, she is the Executive Chef and Owner of Petra and the Beast; a small, thoughtful restaurant focused on the use of farms, foraging, fermentation and fire. Since the restaurant’s beginning in April of 2018 it has gained much recognition including being named one of Esquire’s Best Restaurants in America 2018, D Magazine’s Best New Restaurants in Dallas 2018, and the Dallas Observer’s Best Charcuterie Program 2018, included in the 2019 Best New Chef class in Food and Wine as well as being a semifinalist for James Beard in the category of Best New Restaurants, and 2020 James beard semifinalist for best chef Texas.