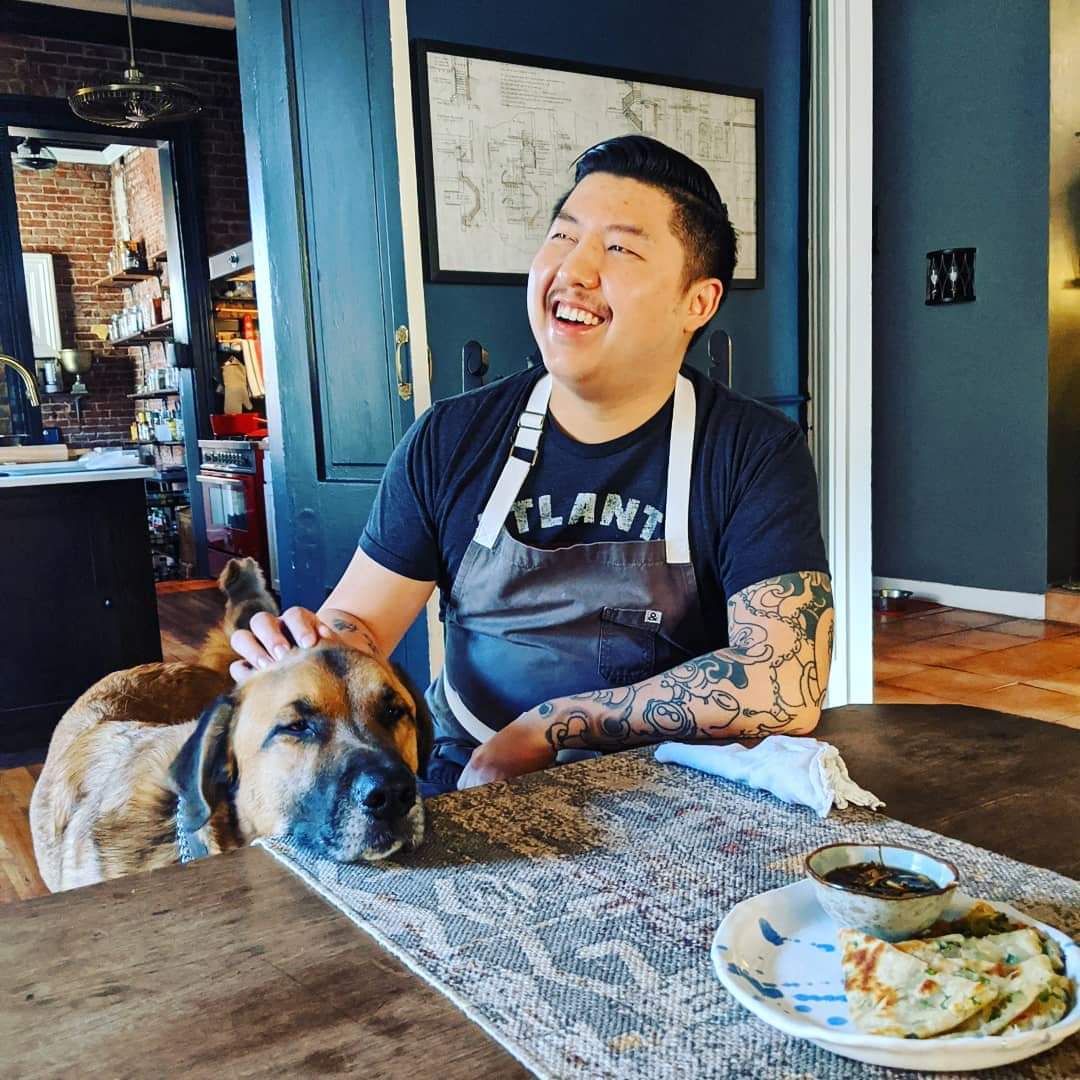 Brooklyn and The Butcher

A native of Taiwan, Ming Pu credits his mother for instilling in him a true passion for cooking. He learned the importance of utilizing only the freshest, seasonal produce the Asian markets had to offer from his time spent helping her prepare a home-cooked meal every night. At the age of 7, Pu and his family moved to Vancouver in British Columbia, Canada where they lived for two years before making Louisville their permanent home in 1999. Along the way, the 30-year-old chef gained a diverse food vocabulary of Eastern Asia and French Techniques along with a wide range of ingredients that are evident today in his melting pot of New American cuisine at The Brooklyn and The Butcher. Prior to joining Brand Hospitality’s Brooklyn and The Butcher as Executive Chef. Pu attended culinary school at Sullivan University in 2009. During this time, he honed his skills in varying positions at restaurants in Louisville, including Volare and English Grill at The Brown Hotel. He interned at Asiatique under his mentor, chef Peng Looi then worked up to a line cook to sous chef. Among other things, chef Looi introduced Pu to fusion cuisine – a style of cooking that he immediately related to. Pu believes chefs shouldn’t be boxed into one style of cooking, a philosophy he practiced in numerous kitchens around town such as Jack Frys and Village Anchor before becoming executive chef of The 502 Bar & Bistro in 2016. While overseeing the helm of the kitchen at The 502 Bar & Bistro Pu was named FSR Magazine 40 Under 40: Restaurant Stars on the Rise 2018 and also received good food 100 restaurants and James Beard Smart Catch Leader 2019 and 2020. Ming has also been a contestant on the Food Network Series Beat Bobby Flay. For the past 8 years, Pu was the featured chef at the annual Lunar New Year dinner for the Asia Institute-Crane House of Louisville. He has been featured as a guest chef at the acclaimed Charleston Wine & Food Festival 2018, 2019, 2020 and 2022 and Sugar Land Wine & Food Affair 2018, and Atlanta Food & Wine 2018 and serving as a Advisory council in 2019. Pu is also a James Beard Policy for Change Boot Camp Alum 19’. In addition, he cooked at the James Beard House in New York City four times, spearheading Two Young Gun dinners as the featured and coordinating chef of Louisville Young Guns & Bourbon March 2015 and Young guns of Louisville 2017, also spearheading the “Modern Kentucky” James Beard Dinner in January 2019 and featured as a guest chef on the “Heritage: Asians In the South Dinner” . Pu was a featured guest chef for the James Beard Taste America Gala Louisville in October 2018 and Raising the bar in September of 2019.