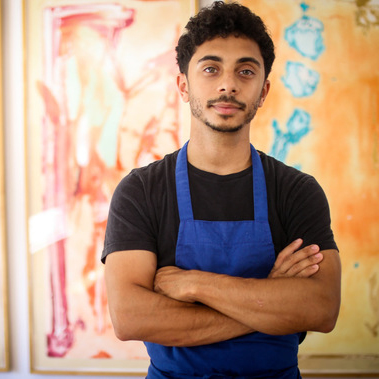 Miles started working in kitchens at the age of 13 as a dishwasher under Chef Charlotte Berwind for her catering company.  He ended up working for Chef Charlotte for 6 years until he moved to Los Angeles and started to work at NOBU under his mentor Alex Becker.  Two and a half years later with the urging of Chef Alex, Miles applied for a position working for Jon Shook and Vinny Dotolo at their soon to open Son of a Gun.  He was hired as a Sous Chef and worked the Line and Prep at Animal while the build out was finished.  After opening Son of a Gun, he moved on to start a roving Underground Restaurant called Vagrant under the guise of The Vagrancy Project.  This roving restaurant materialized into a real restaurant called Allumette, that had a short but lovely run after which he moved to Sonoma County to function as the Culinary Director of The SHED.  Post The SHED, Miles moved to St. Kitts and Nevis to work, and then returned back to Los Angeles to take over the kitchen at Michael’s. After Michael’s, he left to stage in Europe for several months at Chambre Separèe, Portland and Lyle’s.  Upon Miles' return, he joined forces with Akira Akuto and Nick Montgomery at KONBI for two and a half years before leaving to work on opening his own restaurant.