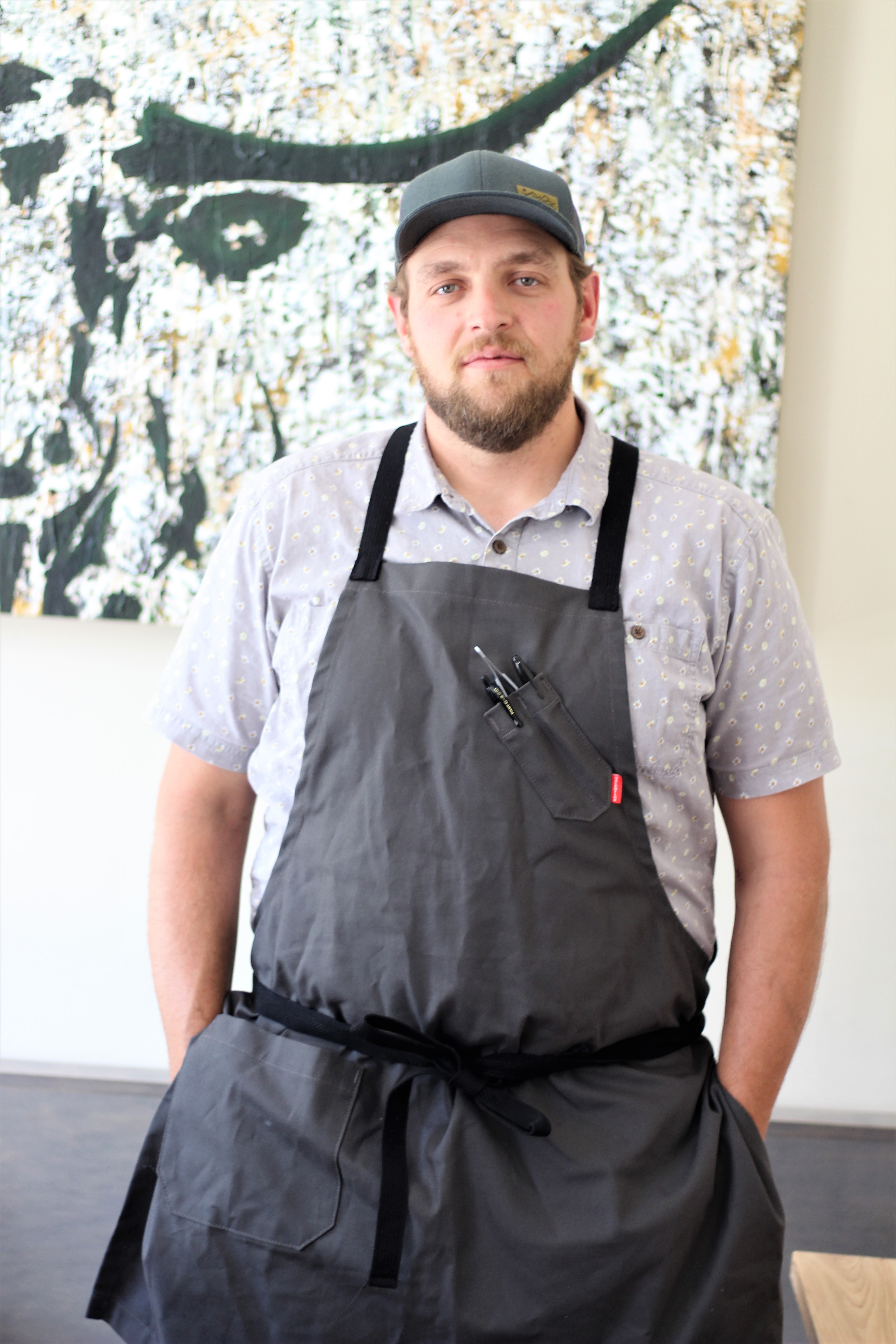 Matt Vawter was born and raised in Summit County, CO.  He recently returned to his former home in Breckenridge to open his own restaurant, Rootstalk, in December 2020.  Matt began his career cooking at the age of fourteen and graduated from the culinary apprenticeship program at Colorado Mountain College at nineteen years old. Post graduation Matt remained in Summit County for several years working in local restaurants with a vision of elevating the culinary scene. After realizing he had learned all he could in the relatively small town of Breckenridge; Matt moved to Denver in 2008 and started working with Alex Seidel at the relatively new Fruition restaurant.  Matt cooked alongside and grew with Seidel at Fruition starting in the Garde Manger position eventually becoming the Chef de Cuisine. Together Vawter and Seidel opened Mercantile dining & provision as partners in Denver’s Union Station.  During Matt’s tenure with Fruition and Mercantile, he was recognized as Zagat’s 30 under 30, Star Chefs Rising Star, and Eater Young Guns.  In 2018, Matt was the chef de cuisine when Seidel won the James Beard Foundation Best Chef: South West.  Matt’s experience and the opportunities he was afforded during his time with Mercantile, Fruition, and Fruition Farms gave him the confidence to bring his family home to Breckenridge and grow new roots at Rootstalk.

Rootstalk is set in an 1890’s Victorian home on Breckenridge’s Main street serving elevated everyday dining.  Rootstalk focuses on serving approachable seasonal food, thoughtfully curated wine and beverage lists, and creative and fun libations. Matt and his team pride themselves on genuine hospitality as they welcome people into their home at Rootstalk.