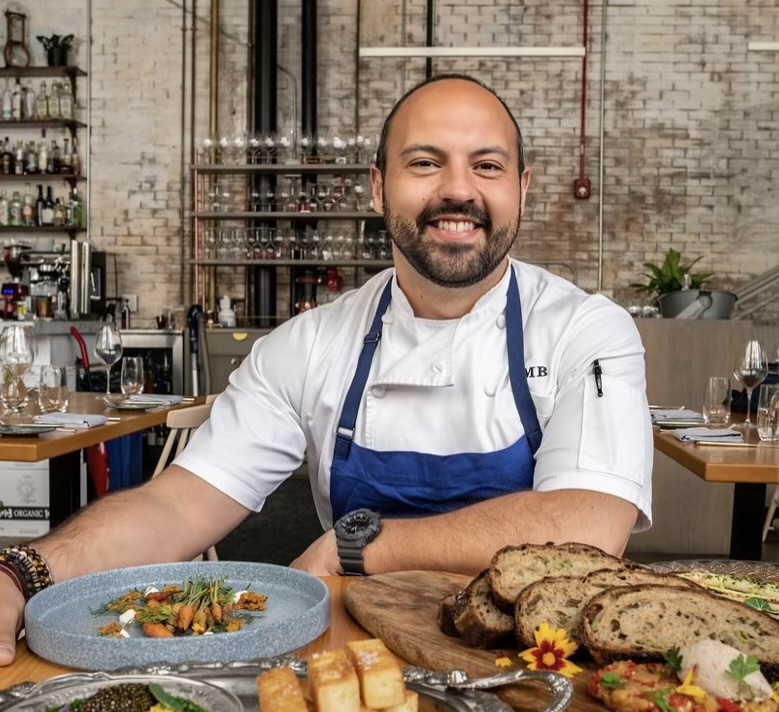 Under 101 Hospitality restaurant group, Matt Baker owns and operates Gravitas, a New American fine dining establishment in Washington D.C.’s Ivy City neighborhood, Baker’s Daughter, a café and market with three locations in the Nation’s Capital and Michele's, a uniquely American dining experience at the Eaton DC in downtown Washington that reflects the chef's upbringing among the international flavors of Houston and New Orleans. What sets Chef Matt apart from others in his field is his consistent passion for cuisine, hospitality and all things indulgent. His obsession started at an early age. Growing up in Houston, Chef Matt and his family would scour all corners of the city in search of traditional tex mex and fresh tortillas, travel miles for the best new BBQ spot, taste, explore, and fall in love with the vibrant and diverse ethnic food scene, so ubiquitous in this southern town. During semi-annual trips to Detroit, he was always the first of his cousins to assist his grandma with preparing cookies and pies for holiday celebrations. This led to an enthusiastic enrollment at Johnson & Wales University in Miami. After doing the industry rounds in some of the best restaurants in South Beach, in 2009, he travelled to Singapore as the opening Executive Chef of Krish. It was at Krish that Chef Matt began making a name for himself in the kitchen, being named by Time as “The Country's Hottest Chef"". With a short stint at Minibar by Jose Andres, Chef Matt settled in at Brasserie Beck as the Executive Sous Chef in 2011, working with Chefs Robert Wiedmaier and Brian McBride. Late 2012 took him to the historic Occidental Grill & Seafood as Chef de Cuisine. With him he brought a reenergized menu that utilized seasonal ingredients and supported regional purveyors and watermen. After his time at The Occidental, Chef Matt accepted the challenge of opening City Perch in Bethesda as Executive Chef. His commitment to supporting local farms and vendors elevated to new heights. Weekly, he would purchase produce, dairy, and meats directly from local farmers markets and small businesses. In 2015, Zagat named Chef Matt in its “Top 30 under 30 listing”, and in anticipation of the forthcoming Gravitas, Chef Matt and his restaurant was frequently named as one of the most eagerly-awaited openings by local and national publications, including: Zagat, Tasting Table, Washington City Paper, Washingtonian, and BYT. In 2020 and 2021, Chef Matt was awarded the coveted Michelin star for his work at Gravitas and continues to lure diners to Ivy City with his gorgeous and thoughtful food, space, and service. Chef Matt works tirelessly to positively influence the Washington, DC area through his continuous support of numerous charities and not-for-profits, such as the Foundation to Eradicate Duchenne , Charity off the Hook, No Kid Hungry (Share Our Strength) and March of Dimes.