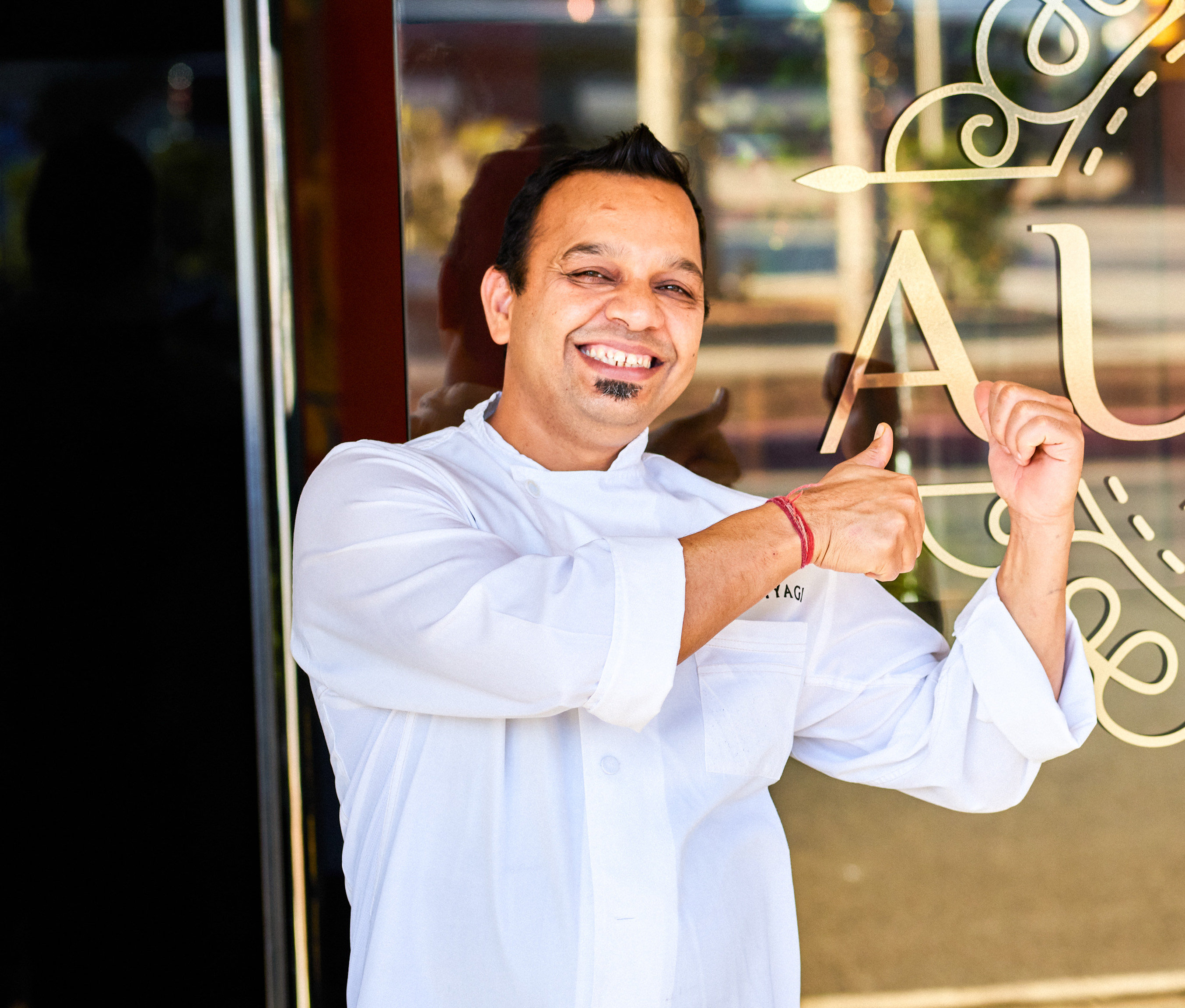 Hailing from the north Indian city of Dehradun at the foothills of the Himalayas, Manish Tyagi recalls his fondest childhood memories are of the aroma and crackling sound of spices hitting hot oil during tadka (spice tempering), and the sight of his mother patiently watching a pan of sautéing onions. Her caring attention to crafting and presenting food first kindled Manish’s culinary interest, and continues to serve as a reminder of the joy inherent in nourishing others.

Manish launched his culinary career in India’s vibrant hotel industry, working in some of the country’s most esteemed hotel restaurants, beginning with the Taj Rambagh Palace in Jaipur. In 2008, he joined Taj Safaris in Madhya Pradesh, overseeing four kitchens within Kanha National Park. Here, he began researching the indigenous foods of Central India, an area dotted with rural villages whose live-fire cooking had been overlooked in restaurants. Learning about the cuisine firsthand from locals, Manish successfully introduced traditional dishes into his menus. In 2009, Gallivanter Guide, a resource for discerning travelers, named him Best Chef - Editor’s Choice for championing the regional cuisine. Same year Nat Geo named Manish’s cooking class among their edition “10 Great Cooking Classes Around the World”.

At Aurum, Manish showcases modern takes on a wide range of offerings inspired by central and northern India, while fully embracing the Bay Area’s bounty of produce. From comforting street snacks to the distinctive spices and gravies that make up each region’s identity, Manish’s menu offers a fresh perspective on Indian food as an elegant cuisine of infinite variety, healthful ingredients, and vibrant culinary traditions.