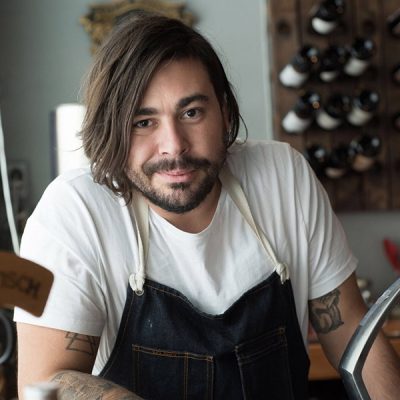 Mandel Hitzer has been in the culinary industry for more than 20 years. 6 years ago he opened deer + almond in Winnipeg's historic Exchange District. Since it began in 2012, deer + almond has been twice-named one of Canada's 100 Best restaurants (2017, 2018) and received numerous accolades from food critics and fans alike for the restaurant's food, atmosphere and culture. Mandel is also well known as the co-founder and head chef of RAW:almond, a culinary experience that takes place in temporary architecture in different locations around the world.