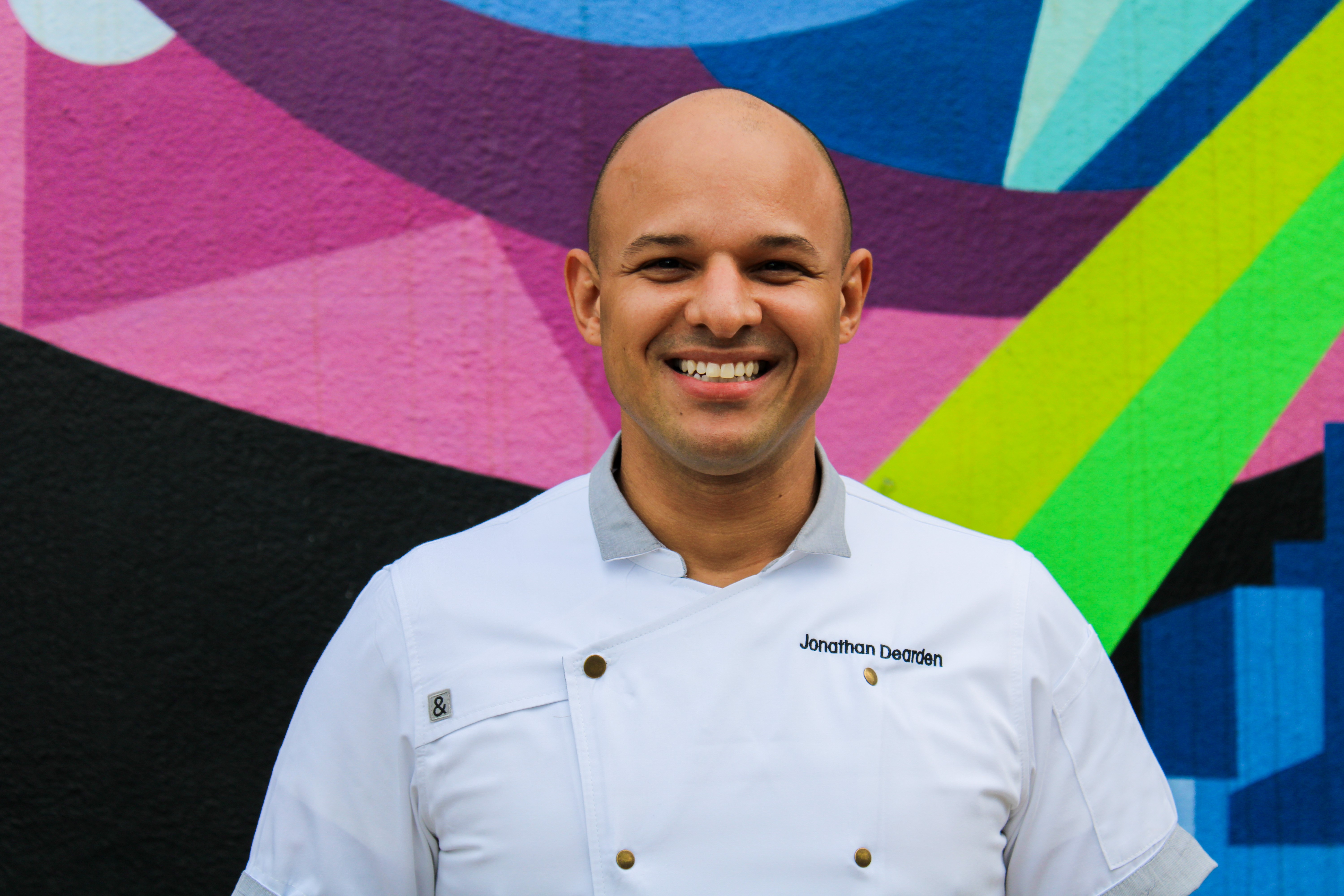 Jonathan grew up just outside of Washington, D.C. in Sterling, Virginia, where both he and his twin brother started their culinary journeys working weekends at local family-owned restaurants.  He attended The Art Institute of Fort Lauderdale and graduated with a bachelor’s degree in culinary management.  His past culinary positions include chef de cuisine for James Beard Award-winning Chef Allen Susser’s in Miami, executive chef at Ardeo + Bardeo in D.C., executive chef at Andre Balazs properties in New York and executive chef at Jade Mountain Resort in St. Lucia.  While Dearden was running the kitchen at Jade Mountain, the luxury hotel was recognized by Travel + Leisure as the top resort in the Caribbean, and #3 best resort in the world.  Most recently, Jonathan has worked as the executive chef of Radiator, a Chef-driven cocktail bar located in the Kimpton Mason and Rook hotel in Washington, D.C.

Jonathan’s dedication and passion to the industry was recognized in November 2017 when he was named to DC Refined’s “34 Under 34,” and esteemed list of restaurant industry professionals in the Washington, D.C. metropolitan area, aged 34 and under.  In January 2018, Dearden won D.C.’s “Best Chef on the Block” in a cooking contest held amongst chefs based in D.C., Maryland and Virginia.  This advanced him to the national competition on ABC’s “The Chew,” where Dearden won the “Best Chef on the Block” East Coast Championship.