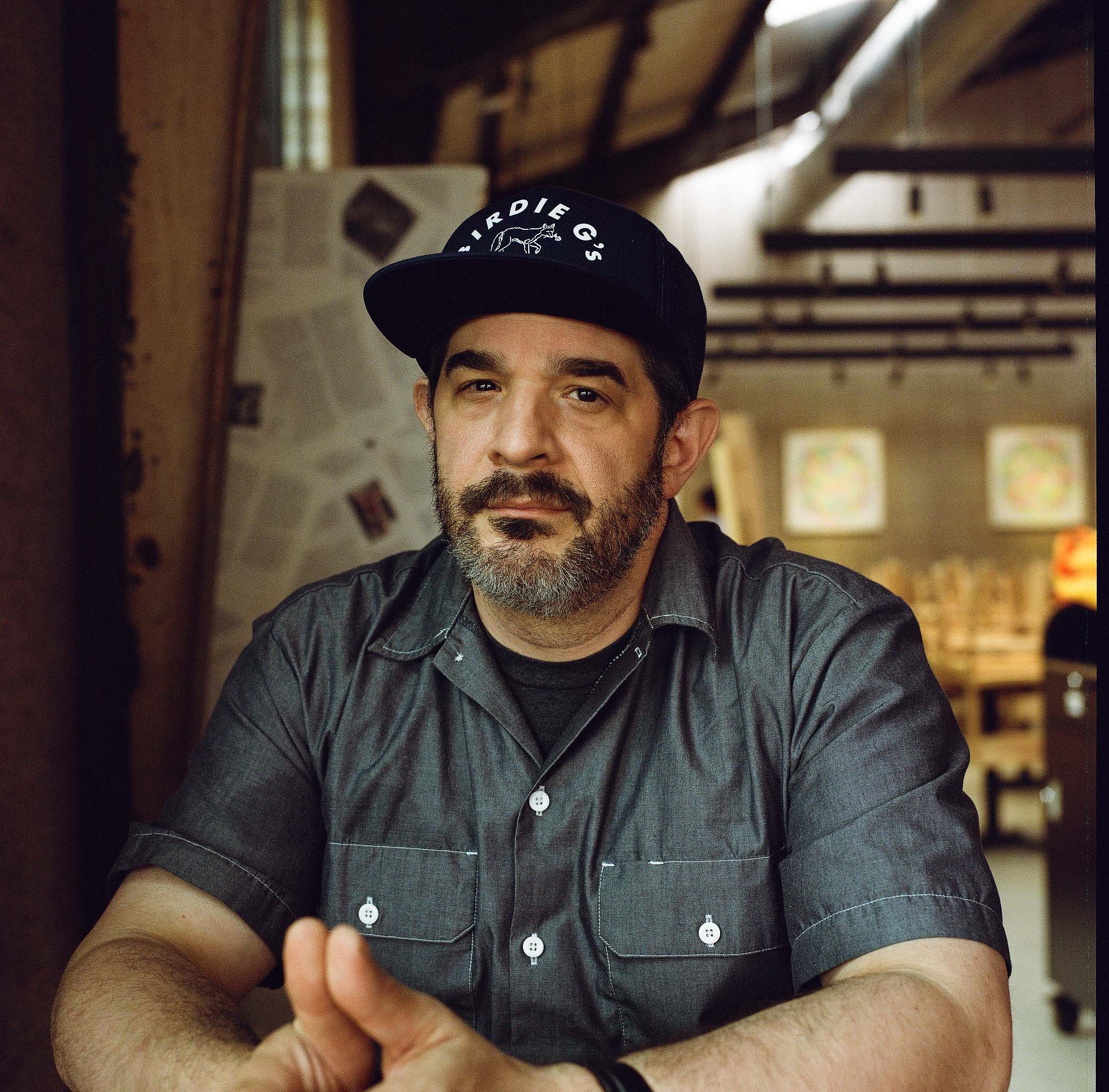 As a master of farmers’ market-driven cuisine, Jeremy Fox is the award-winning chef/owner behind Rustic Canyon, Tallula’s and Birdie G’s in Santa Monica, CA and cookbook author of On Vegetables. Since joining the Rustic Canyon Family in February 2013 as Rustic Canyon’s chef, Jeremy’s role has grown and evolved to include mentoring all the culinary talent at the three restaurants. His leadership style includes teaching culinary skills, the business side of working in restaurants, as well as cultivating any special talents or interests a chef may possess—whether it’s charcuterie, pastry, or a particular cultural cuisine—to share with the larger team.

Inspired by local purveyors and the nearby Santa Monica Farmers’ Market, Jeremy oversees a daily-changing menu with Executive Chef Andy Doubrava at Rustic Canyon, which earned its first Michelin star upon the guide’s return to Los Angeles in 2019. The cuisine there embraces hyper-seasonality and simplicity—an approach Jeremy instills with all the teams at his restaurants. While many dishes are fleeting, some have become celebrated signatures like Beets & Berries with avocado, quinoa & pistachio.

In July 2015, the restaurant family debuted Esters Wine Shop & Bar, where Jeremy crafted the opening menu, sourcing local fish and meats from high-quality producers for an array of seasonal small plates and entrées meant to complement Co-Owner and Wine Director Kathryn Coker’s 250+ wines. Highlights from “the little kitchen that could” include his decadent Grilled Cheese with reading, provolone, reggiano and béchamel, and the addictive Chicken Liver Foie Blonde, served in a mini jar with seasonal chutney and toast points.

Tallula’s is a neighborhood restaurant just off Santa Monica’s Pacific Coast Highway that opened in May 2017 where Jeremy oversees the culinary side of things with Executive Chef Brad Long. It features the kind of comforting and rustic Mexican food that Jeremy and fellow partners Josh Loeb and Zoe Nathan grew up with, but given a contemporary take by using fresh, organic, and sustainably sourced ingredients from Southern California purveyors. The team makes fresh masa from Masienda’s organic, heirloom corn for the tortillas and housemade moles and chile pastes. The casual menu features a variety of tacos like Market Veggie with black kale, Weiser Farms cauliflower, sweet potato purée and toasted almonds and the super cheesy Nachos “Sencillo” with salsa roja, spicy giardiniera, crema and fresh herbs.

In late June 2019, Jeremy debuted Birdie G’s at Santa Monica’s historic Bergamot Station. Named after his daughter Birdie and grandmother Gladys, the fun all-American restaurant is inspired by childhood memories and family traditions. The menu showcases his fresh and playful interpretation of rustic European fare that’s evolved to American tastes over the course of generations – recipes that have changed and been passed down to reflect regional traditions and ingredients, including the Midwest, South and California where he’s lived. Everything is made with a high level of detail and technique, and in collaboration with several local farmers and purveyors for the very best ingredients, like an exclusive steelhead trout caviar recipe with Passmore Ranch and heirloom vegetables from Girl & Dug Farms. The seasonal features something for everyone—wood-grilled steaks and fries, a gorgeous Relish Tray full of fresh, seasonal, cured and marinated seasonal vegetables with five onion dip that’s reminiscent of Lipton’s, a soulful bowl of Matzo Ball Soup made with carrot miso and his wife Rachael’s chicken broth recipe, a comforting bowl of spicy ‘Nduja & Strawberry Cavatelli with Calabrian chili, wild fennel and housemade pasta, “World Famous” Rose Petal Pie and so much more.

Before joining Rustic Canyon, Jeremy specialized in surprising palates with his finely finessed dishes of in-season fruits and vegetables at Napa’s Ubuntu from 2007 to 2010, earning them a Michelin star. He reimagined vegetarian cuisine as both healthful and full-flavored, showcasing contrasting textures and flavor combinations by utilizing produce grown on-site in the restaurant’s biodynamic garden. Prior to that, the chef honed his craft and food philosophy as chef de cuisine from 2003-2007 at the lauded Manresa in Los Gatos under mentor David Kinch. He also staged in Europe at three Michelin-star properties: De Snippe in Bruges, Belgium, and St. John and Restaurant Gordon Ramsay in London. A cook since the age of 19 with roots in the South, he first worked back-of-house positions at Anson Restaurant in Charleston, SC, and Mumbo Jumbo in Atlanta, his hometown.

His first cookbook, On Vegetables, was released by Phaidon in April 2017 and was a James Beard finalist in the “Restaurant & Professional” category. It features 150 recipes that elevate vegetarian cooking and showcases Jeremy’s philosophy of “seed-tostalk” cooking. He demonstrates how to use the smallest “scraps” to eliminate food waste, all while making cooking with vegetables accessible and exciting.