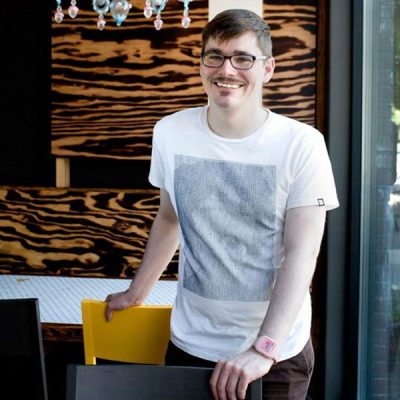 Stratton began his career at the early age of 16 at Seattle’s classic Le Gourmand restaurant under Chef Bruce Naftaly. From 2002-2007, Jason worked for Chef/Owner Holly Smith of Cafe Juanita initially as line cook, followed by a lead role as sous chef. During his time at Cafe Juanita, Jason returned to Europe several times to travel and eat: France, Spain and Italy (Rome, Emiglia Romagna, Lombardy and Piedmont). Chef Jerry Traunfeld hired Jason to serve as co-chef at his restaurant, Poppy, where he worked until 2009. Jason joined Spinasse in 2009 to further the restaurant’s perspective on the foods and feastings of the Piedmont region of northern Italy. He created simple, refined dishes grounded in techniques from Piedmont, while celebrating the products of artisans and small farmers from the Pacific Northwest. In its first two years, Spinasse was named one of Seattle’s Best Restaurants in 2009 by Seattle Metropolitan magazine and Jason was named one of Food & Wine magazine’s 10 Best New Chefs in 2010. In June 2011, Stratton opened Artusi next door to Spinasse; a casual bar and restaurant focused on Italian-focused cocktails, spirits and food. He went on to open Aragona, a James Beard Foundation semifinalist nominee for Best New Restaurant in 2014.

In 2015, Jason assumed the role of general manager and executive chef for mamnoon, a modern union of Middle Eastern cuisines in Seattle’s Capitol Hill neighborhood from owners Wassef and Racha Haroun. In 2016, Jason opened mbar for the Haroun’s; the upscale, 14th floor, rooftop restaurant and bar in Seattle’s burgeoning South Lake Union neighborhood. Jason is now at the helm of Mezzanotte.