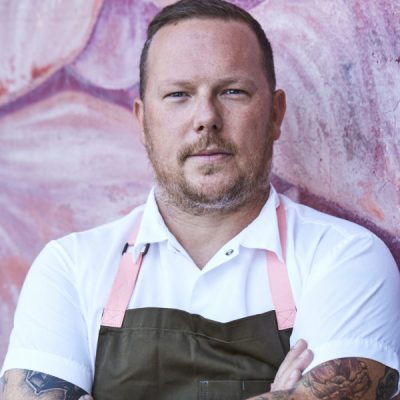 As a 16-year-old kid from Orange County, Neroni got a job working in Disneyland’s Club 33. There, he discovered a love and aptitude for the kitchen that would set him apart. His newfound interest and abilities took him north to Chez Panisse, where he worked on the line for a year and began his career-long reverence for responsibly sourced ingredients. Neroni returned to Southern California to help open Spago, Beverly Hills. Neroni went on to earn his stripes in New York and Europe, including such notable kitchens as Le Cirque, Blue Hill, and Essex House. Neroni returned to New York to become chef de cuisine at The Tasting Room, and, at 27, became executive chef at celebrated Manhattan restaurant 71 Clinton Fresh Food. His growing reputation earned him an invitation from the country of Spain to serve as a culinary ambassador, where he worked alongside some of Spain’s best chefs at Arzak, Mugaritz and El Bulli. Neroni moved on to design and open his first restaurant, 10 Downing Food & Wine. The restaurant was a rapid success, and earned Jason a glowing three-star review from the New York Times. The birth of his son brought Neroni back to his California roots, moving his family to Los Angeles to consult on a variety of projects. Neroni would help launch as executive chef and partner of Superba Snack Bar in Venice, eventually rolling out additional projects as culinary director for restaurant group American Gonzo including East Borough and Superba Food & Bread. In 2015, Neroni re-opened The Rose Venice, an iconic restaurant in Venice Beach, CA. Neroni’s menu focuses on local Southern California cuisine with an international influence from his world travels. The bakery celebrates American classics, as well as some of the original Rose bakery classics re-conceptualized with their innovative techniques.