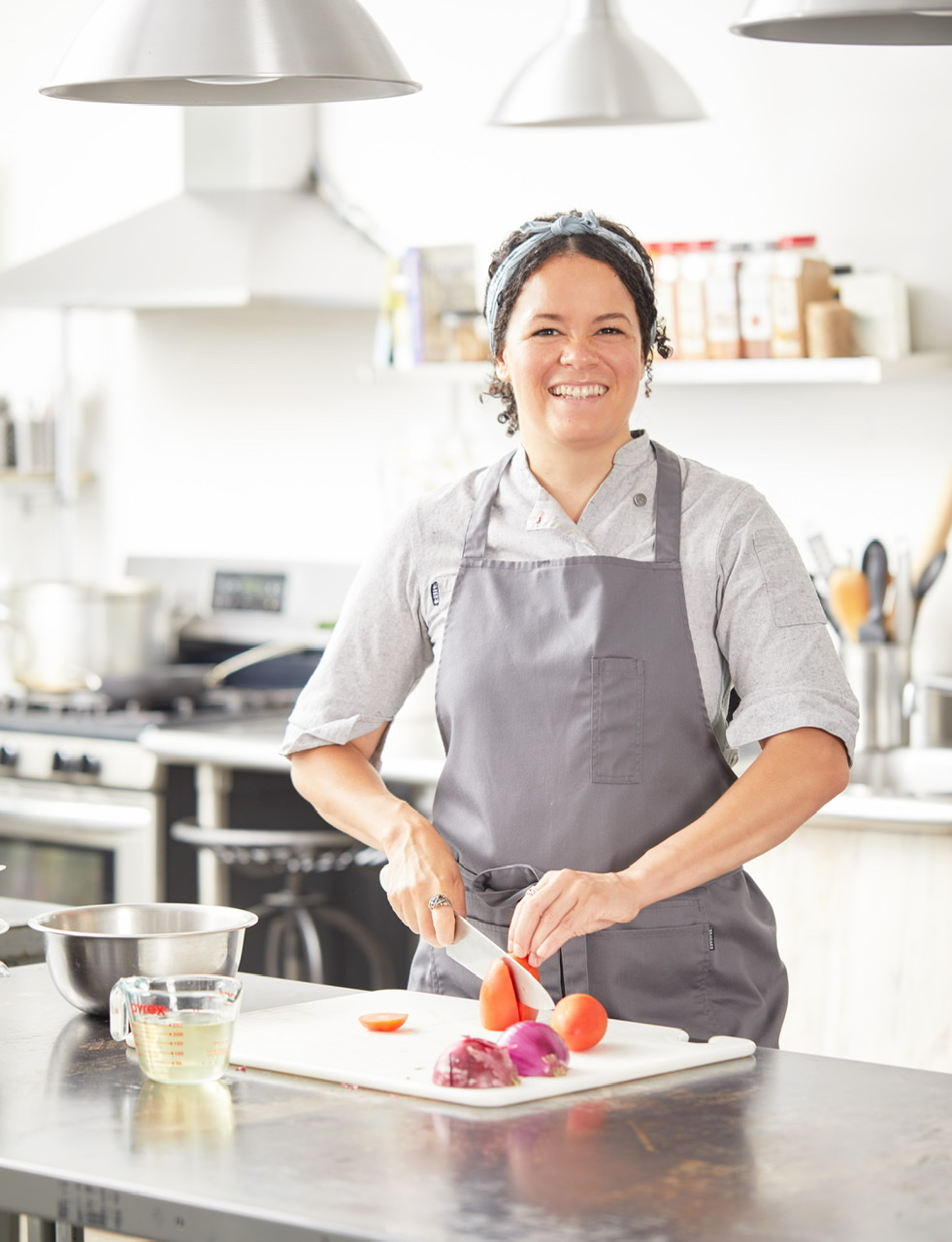 Born and raised in San Juan, Puerto Rico she developed an interest in Art and Food early in her life. After attending University of Puerto Rico, she decided to move to Pittsburgh and enroll in Culinary school. It was then that she applied to work at the recently opened Legume Bistro, which was Pittsburgh first true farm to table restaurant, teaching her valuable lessons on sustainability, butchery and fermentation. She was promoted to Sous Chef and left the restaurant six years later as the Chef di Cuisine to pursue her first Executive Chef job.

As Executive Chef at the Livermore and Bar Marco, she led an ambitious preservation program and developed a rotating tasting menu in the Wine Room cellar along side, Sarah Thomas, now Advanced Sommelier at Le Bernardin. Her commitment to a unique “farm to table” dining experience led Bar Marco to be nominated for Best New Restaurant 2013 by Bon Appetit and The Wine Room being named “Best Dining Experience in Pittsburgh”.

Her work also includes time as the Executive Chef of Food Revolution Cooking Club, a program that taught nearly 30 high school students cooking techniques and provided them with nutritional guidance. A new opportunity to take on the role of Executive Chef at Spoon, one of Pittsburgh finest restaurants, surged and she partnered with long time friend and mentor Brian Pekarcik to implement a new, simplistic and whimsical menu and décor at the established restaurant.

Currently she works with 412 Food Rescue, a non-profit organization that is looking to eliminate hunger while reducing food waste, and is also a James Beard Boot Camp for Policy and Change alumna.