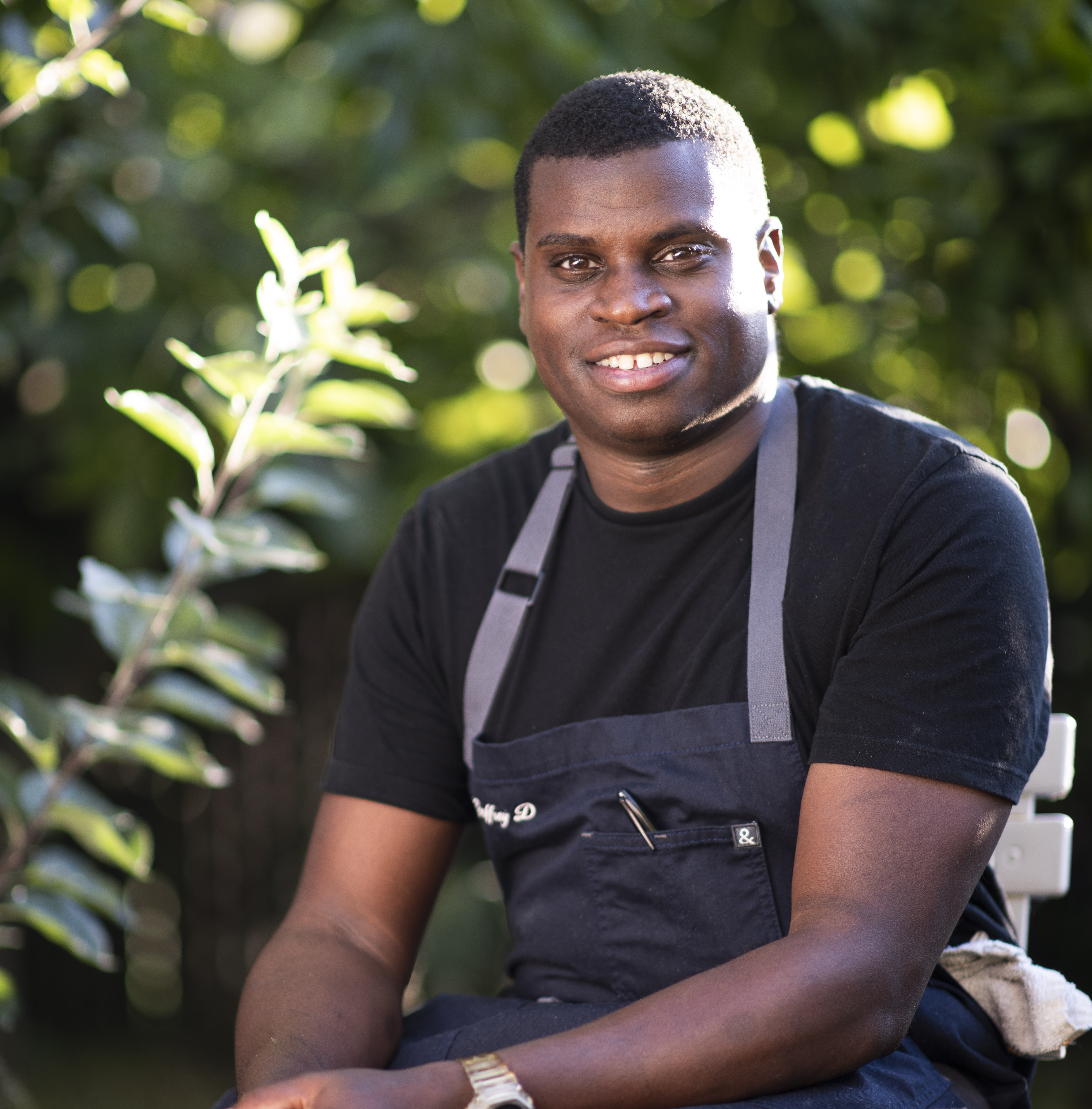 Geoff has always been a cook.  His passion for food began as a young child at his grandparents and parents’ table. He inherited their passion for cooking and quality produce in particular. He has fond memories helping out in the kitchen and setting the table with his grandparents. In elementary school, each summer, he and his mom cooked out of a different cookbook where he fell in love with the process of cooking. Geoff delved into the restaurant industry starting in high school. He then attended The Culinary Institute of America in Hyde Park, NY.  After graduating culinary school with honors, he worked in fine dining restaurants such as Aqua, The Fifth Floor, and Cyrus. In 2012, he took a hiatus from cooking to work in the tasting room at Unti Vineyards in Sonoma which bolstered his love for wine. During his time out of fine dining restaurants, he began to spend a lot of time cooking for friends and family at home, which prompted a shift in the style of food that he wanted to cook professionally.  The ability to connect on a personal level with simple, comforting, delicious food became more intriguing to him than cooking in fine dining temples.

His ambitions to cook for a broader range of guests led him to work in more casual fine dining restaurants.  At one of these restaurants, he  served as Chef de Cuisine at The Dock in West Oakland working with Chef James Syhabout.  During his time there, they received 3 stars overall as well as for food in their first San Francisco Chronicle review and were featured as one of Michael Bauer’s Top 100 restaurants.  In 2017, Geoff spent six months traveling in Europe, dining and exploring the wine regions of France and Italy before coming back to the Bay Area.

Notably, Geoff was Executive Chef of True Laurel in San Francisco as part of the original team.  He developed and refined their systems, staffing, and menu.  True Laurel is the cocktail-focused spin-off from the 2 Michelin-starred and celebrated Lazy Bear.  His forward-looking approach to bar food along with unique cocktails received a number of accolades-including 3 stars and Top 100 (3 years), from The Chronicle, a Michelin Plate each year they were eligible, and being included as one of Eater’s Best New Restaurants in the country.  In the summer of 2019, he was recognized as one of the Black leaders in fine dining by the Iconoclast Dinner Series hosted at the James Beard House in New York City.  Most recently, he was the Chef de Cuisine of Penny Roma in San Francisco.  As part of the opening team, he worked to make the restaurant quickly one of the most buzzy, exciting restaurants in San Francisco.