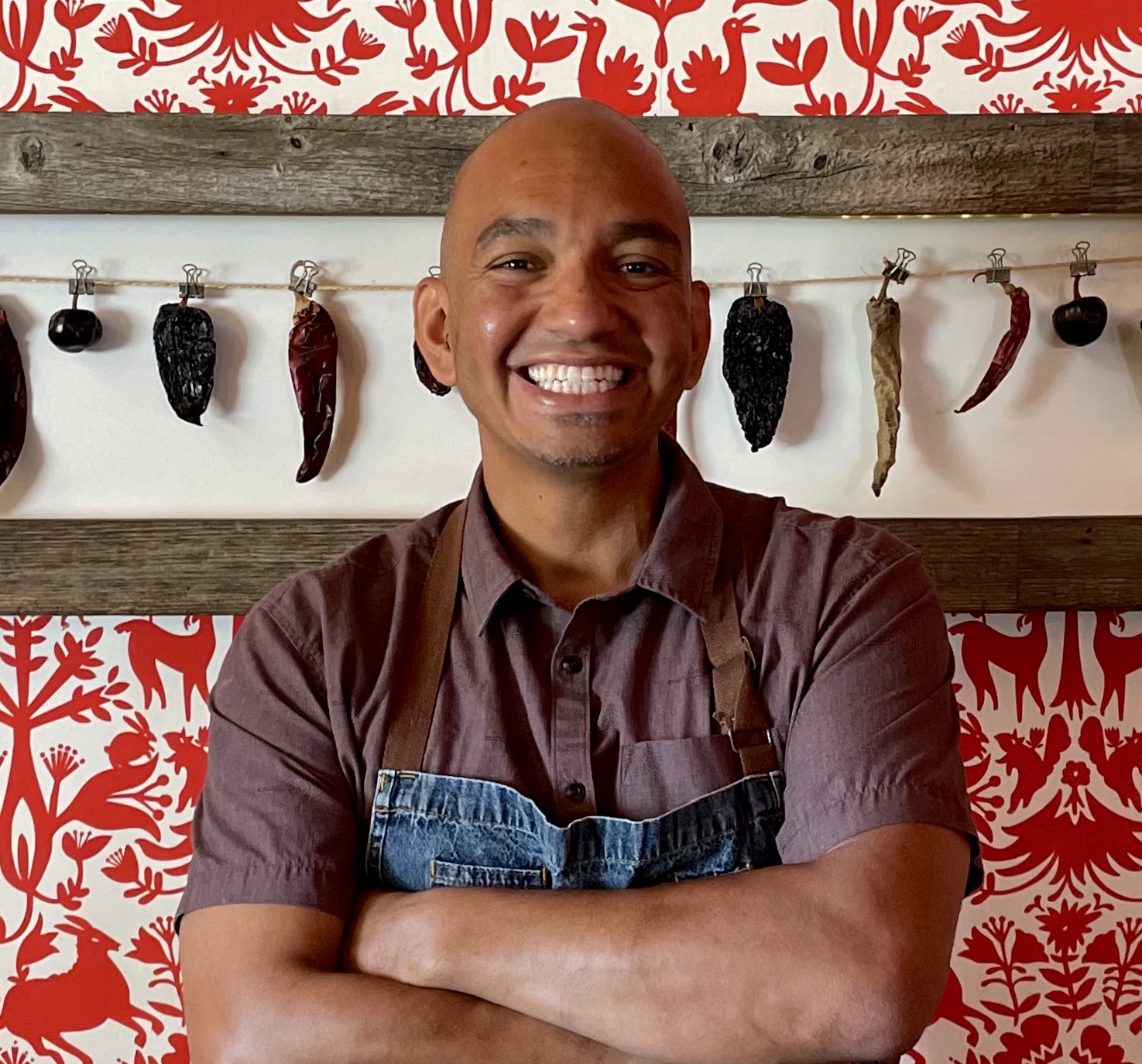 David Vargas, Chef/Owner, Vida Cantina brings his Mexican heritage and appreciation for local seasonal New England product to every plate at Vida Cantina in Portsmouth, NH. A James Beard nominated chef, (2020, 2019) David grew up in Southern CA and has spent a lifetime learning, living and sharing his Mexican heritage.  David’s mother and father are both from the state of Jalisco; in CA together his parents owned a taqueria and were CA police officers.  David grew up in the family’s taqueria; cooking family recipes with fresh local ingredients, while learning all he could about his Mexican culture.  It was important to David’s parents that he appreciate his Mexican heritage. Appreciate it he does indeed at Vida Cantina, where with each dish he is “elevating our understanding of what Mexican food is or should be, while elevating our understanding of what New England cuisine is or should be” The Portsmouth Herald.  According to The Boston Globe, David prepares “the best Mexican food north of the MA Border” and is “nearly evangelistic about using local ingredients.” In August 2019, Boston Magazine declared “David Vargas, a James Beard award-nominated chef is making some of the best Mexican food on the East Coast at Vida Cantina in Portsmouth, NH.”  Locally, regionally and nationally, the critics agree that Chef David Vargas s shining a bright light on Mexican cuisine, and his dishes at Vida Cantina are definitely “worth the drive” to Portsmouth, NH.