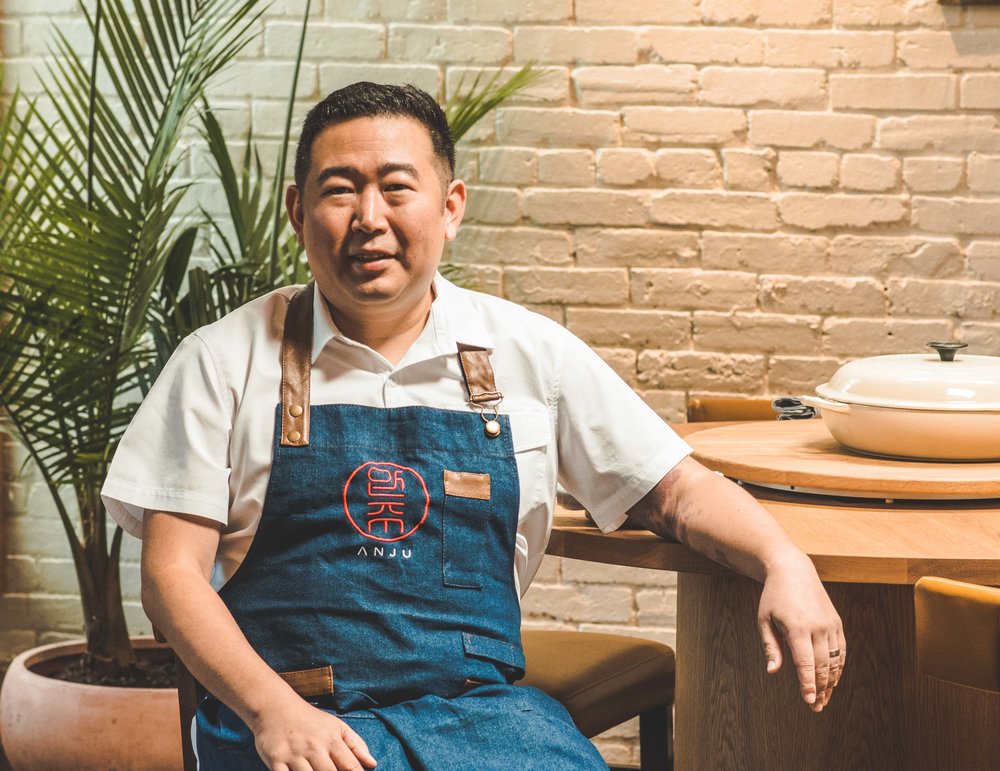 Musician, biologist and legal assistant are just a few of the hats Danny Lee tried on before finding his perfect toque as Chef and Owner of Mandu, a traditional Korean restaurant in Washington, DC.

No stranger to the restaurant business, Lee’s mother, Yesoon Lee, also the chef at Mandu, owned a sandwich shop in Old Town Alexandria, VA in the 1980s, and in the late ‘90s, a Charlie Chiang Kwai takeaway store at Reagan National Airport. It was at Charlie Chiang Kwai that Lee learned the basics of running a food establishment. He cemented his restaurant knowledge at Oceanaire, where he worked under Chef Rob Klink who trained him both on the managerial and culinary side of the food business.

In 2006, Lee and his mother decided to open their own restaurant, one that played to their strengths and represented their culinary traditions and culture. They opened Mandu’s first location near Dupont Circle in November 2006 and five years later, the second one in DC’s Mount Vernon Triangle neighborhood.

Mandu has won “Best Korean” in the Washington City Paper annually since 2010 in addition to being featured in several local and national publications. Mandu was also recognized as a recommended restaurant in the Michelin Guide’s premier Washington, DC issue in 2016 and again in 2017. In the Fall of 2016, Lee and his mother were invited to London to showcase a Korean tasting menu for a two week Mandu residency at Carousel Restaurant.

In 2017, Lee started a new restaurant group with Andrew Kim and Chef Scott Drewno, called The Fried Rice Collective. The group’s first restaurant, CHIKO, opened in July of 2017 on Barrack’s Row in Washington, DC, serving modern Chinese and Korean cuisine in a fun and casual environment.

CHIKO immediately garnered local and national interest upon opening, including being named one of Washingtonian Magazine’s Best New Restaurants of 2017 with a three-star rating. The Washington Post also featured CHIKO in their 2017 Fall Dining Guide as one of the top ten restaurants in the city with the Post’s food critic, Tom Sietsema, giving CHIKO a rating of three stars.

Due to CHIKO’s overwhelming success, Lee and The Fried Rice Collective decided to open a second restaurant, and as a result, Anju was born.  Fusing modern cooking techniques with traditional Korean flavors, their newest venture was recently named number one best restaurant in the district by Washingtonian Magazine.  On top of the aforementioned accolade, Lee’s work at Anju was most recently recognized by the prestigious James Beard Foundation, earning him a semifinalist nomination as Best Chef Mid Atlantic.  On top of this incredible honor, Lee has been featured in several national and local publications, such as the Food and Wine, Travel and Leisure, Forbes, Wall Street Journal, Men’s Health, Lucky Peach, Zagat, Washington Post, Washingtonian, and many more.