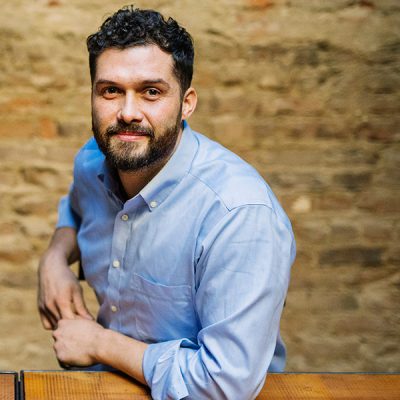 Daniel Eddy began his culinary career in 2004. After 4 years of cooking in NYC, Eddy decided to travel, ultimately landing in Paris in 2009. There he had a chance to work with Daniel Rose (Le Cou Cou/Starr Restaurant) at his first acclaimed restaurant, Spring.

After three years at Spring, Daniel returned to home NYC, and in April of 2015 he opened Rebelle restaurant, receiving critical acclaim and a Michelin star in his first year, which he held onto until his departure in 2017.

In 2017 Eddy opened Walnut Street Cafe, which garnered a three bell review from the Philadelphia Enquirer, and listed in the Top 25 restaurants in Philadelphia for 2017.

Eddy opened Winner, a bakery, restaurant, and bar, this spring in Park Slope, Brooklyn. Amidst a global pandemic he and his team have created a place of growing popularity with the locals and praise from media outlets like The New Yorker, NY Times, and Bon Appétit.