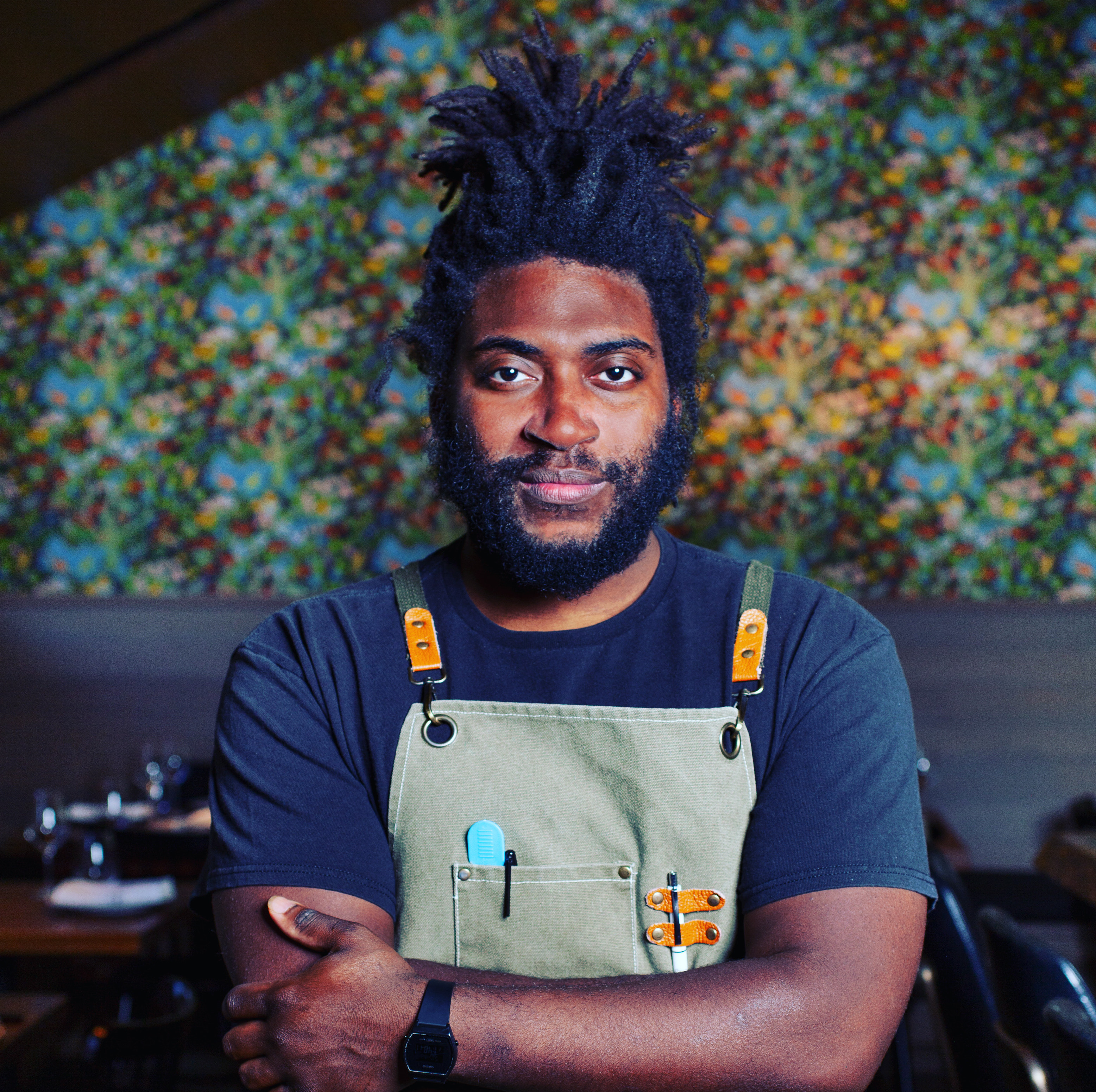 Christian was born in Kentucky. The middle of seven kids, he grew up around great cooks, especially his mother. Fresh vegetables from his grandad garden and his mother's cooking prowess made him love food. His mother as a single parent showed him not only how to make humble ingredients shine, but also how to have a strong work ethic. Around the age of 11, Christian entered a scholarship program. Hoping that over a 3 year period if he worked hard in his studies, stayed out of trouble, and tested well, he would earn the opportunity to attend private education. He took on that challenge in the hopes of easing the financial burden on his mother and the chance to broaden his horizons. After three long turbulent years, he was able to attend Baylor School in Chattanooga, TN. His four years in TN gave him the fundamental yearning of discovery. History, culture, science, math and the arts. But nothing grasped his full attention as much as food. Christian begin to cook in the dorms and on the weekends at his friends' houses testing out different flavors, spices from far away lands. His exposure to the world fueled his hunger for more food knowledge. By the end of his tenure at Baylor, Christian knew he didn't want to continue on the traditional academic path. So without ever visiting or attending a single orientation, he chose to attend Paul Smith's College located in the Adirondack Park in upstate NY, where he learned the fundamental knowledge behind culinary, baking and hospitality.

After graduating college, Christian worked in luxury boutique hotels within Relais Chateaux, which took him from upstate NY to NYC and RI gaining experience and working knowledge. After several years of fine dining and working his way up the brigade, he wanted to challenge himself again. So he moved to Charleston to continue cultivating his own culinary identity. After several years in the Lowcountry, working locally with farmers became his calling, embracing all the bounty available locally and utilizing a vegetable forward emphasis with a nod to global flavors. In addition, he wanted to illuminate how black chefs can create amazing food of any genre/cuisine. Christian is currently the executive chef at Community Table located in northwest CT.