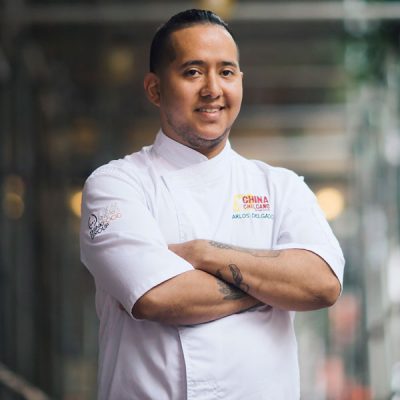 The port of Callao, Lima is where Carlos was born and raised. Under the watchful eye of his grandmother, Carlos' passion for cooking began at the age of four. Finding a way to indulge themselves around food was an important family tradition, which Carlos plans to pass along to his daughter, Sophia.

As a child, Carlos worked at a Chifa and Cebiche restaurants. There were not many recognized restaurants back then, which now of course has completely changed. Carlos came to this country at the age of twelve, and at sixteen began cooking full time as a career. Carlos attributes food for helping him find himself. The Peruvian culture influences his style and makes him the chef and person he is today.