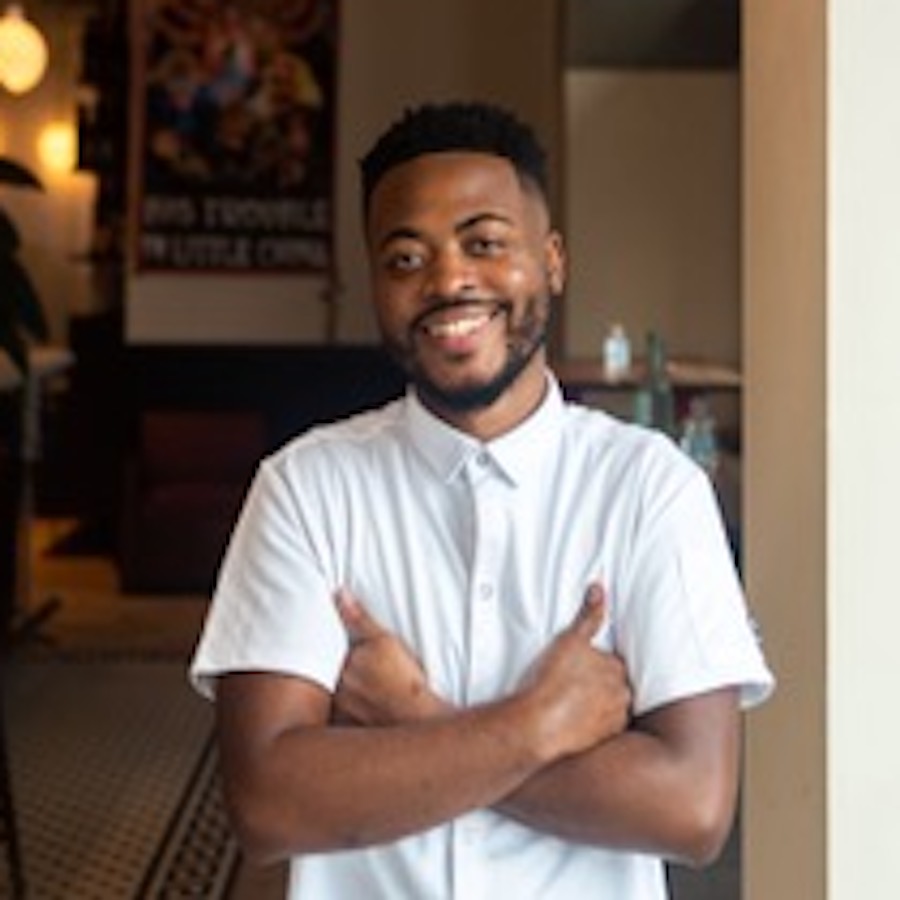 Born in Washington, D.C. and raised in Prince George's County, Maryland, Chef Armani Johnson's culinary's voice combines mid-Atlantic/southern soul and American Chinese takeout from his childhood. He has worked in numerous well-known restaurants in the DC area, including Brabo by Robert Wiedmaier, Julii, Macon Bistro & Larder, and Sally's Middle name. Johnson is currently the executive chef at ABC Pony, Erik Bruner-Yang's Italian-Asian bistro that, since its opening in Fall/Winter 2019, survived the pandemic with everything from daily dinner meals-to-go, doughnut specials, and burgers & pinsa comfort food. He has also served as a chef for the Power of 10 Initiative, Erik Bruner-Yang's nonprofit initiative that seeks donations to re-employ laid-off independent restaurant workers, keep the eateries open, and provide their meals to neighborhood workers on the front line of the pandemic and has since raised over a million dollars and served over 320,000 meals to essential workers and families in need across America. Johnson has been featured in Eater, Washington City Paper, local news television, Toothache Magazine, and was Esquire Magazine's Rising Star of the Year.