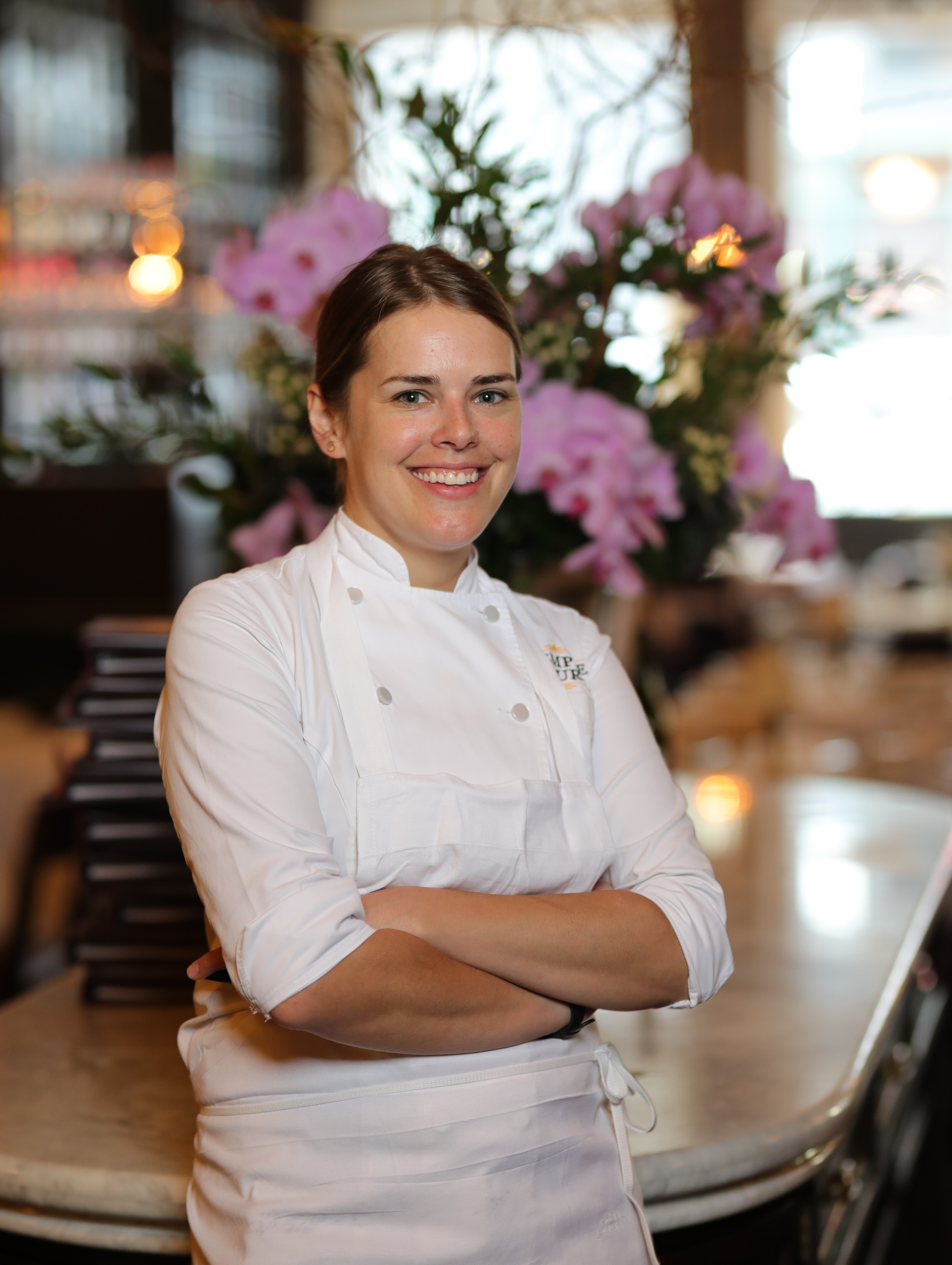 Abby Swain stands as the Executive Pastry Chef of Tom Colicchio’s Temple Court restaurant located within the iconic Beekman Hotel. This landmarked building offers as a glimpse into the beauty of the gilded age in New York while simultaneously representing the advancement of the modern age. Chef Abby has curated a menu that carefully synthesizes the past and the present of the Beekman.

Chef Abby grew up with an appetite for the hospitality industry. This hunger grew as she worked in a cafe throughout high school, providing her deeper insight into the restaurant industry. Her passion for pastry led her to study at the Culinary Institute of America. There she craved a deeper understanding of French pastries so after graduation she continued her studies in Paris at Le Cordon Bleu.

Upon returning to the United States, Chef Abby worked at Craft New York. This is where she was exposed to an array of high-quality ingredients and developed a strong appreciation for technique. An interest in the complexities of artisanal bread led Chef Abby to Atlanta where she worked in a wholesale bakery which would later allow her to develop an in-house bread program with a dedication to natural levain. Abby returned Crafted Hospitality in New York City where she concentrated on integrating local and seasonal ingredients into Craftbar’s dessert menu.  That combined with the aspect of sustainability exemplified Abby’s next role as a Pastry Chef for Craft.

Now at Temple Court, Chef Abby Swain applies the vast knowledge she has acquired through her past experiences to create innovative desserts influenced by classic New York cuisine, seasonal ingredients, and time-honored recipes to curate an unforgettable experience.